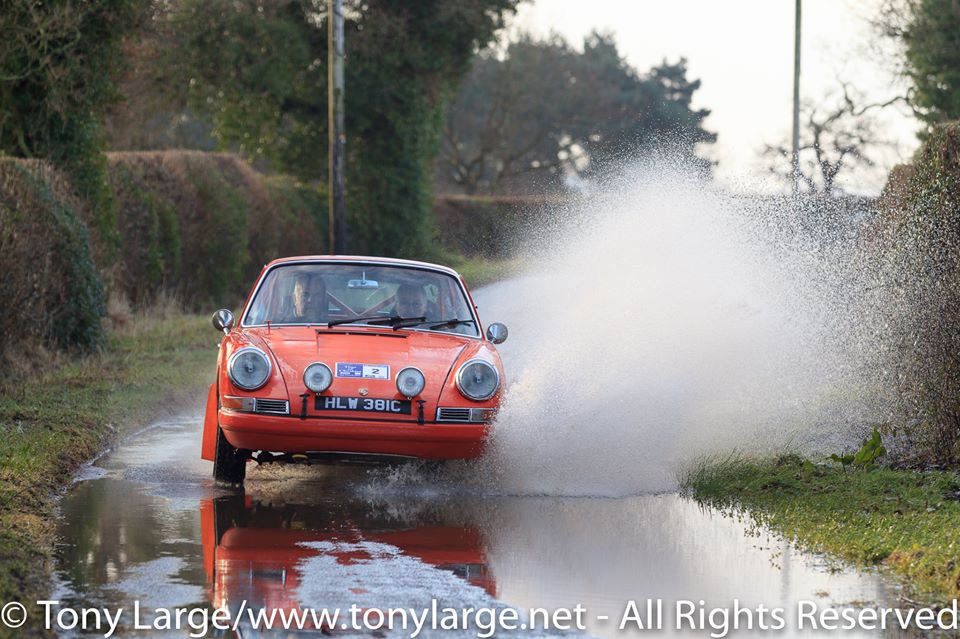 Coiled and Ready to Spring into Cheshire

The start of this adventure goes back to last spring. Stuart Taylor and I were chatting to each other in a committee meeting (I didn’t minute it Mr Chairman). I happened to mention that I fancied a go at a historic road regularity event, as I had marshalled many and they seemed like fun, but I didn’t know a potential driver. “I do” said Stuart. “Who?” said I. “Me” said Stuart. “Let’s do it” said I.

Plan A was to use Stuart’s PV544 which he had re-stored himself. As the year progressed he decided that the 142GT would be a better bet as there is more space in it – well we are quite ‘large’ – and so this car was worked on instead and I placed entries for both the Tour of Cheshire and the Ilkley Jubilee. Unfortunately, a week before the Tour, a new camshaft for the 142 was found to be incorrect and so the PV544 was brought out of hibernation to solve the emergency. At least it had an MOT!

Bear in mind that I had not even sat in a rally car with a full harness (except on the many Rally school days I have done) let alone be confronted by those electronic things with red digits. Fortunately Tom Spencer was on hand to give me a crash course so that I could at least reset them. Anyway, we travelled over on the Friday, unloaded and prepared ourselves to do the measured ‘mile’ – well 4.986 miles to be exact – and along some of the tightest and muckiest lanes on offer (there are many in that area). I’d never done that before of course and so was very grateful for Tom’s tuition on the Brantz. Any-way, 2 laps of the measured 4.986 miles later and it was spot on. This is easy…… or is it? The PV was a reluctant firer – a little fiddling with fuel pressure helped but it was long way from being on song.

Scrutineering was next. We joined the noise queue – this was Stuart’s greatest fear – but passed easily. Moving on to scrutineering queue (a dark and very wet Beeston cattle market) and the engine went past the point of reluctance and stopped, refusing to fire up again. Others in the queue were waved by – a bit embarrassing for our very own scrutineer – who quickly diagnosed (he could see it in the dark) an arcing coil. No spare. 5.30 pm. Oh dear. Another competing scrutineer (Geoff Doe) to the rescue. Skip Brown cars just up the road and so 4 spare coils were collected by him and re-turned to us in about 30 minutes. Stuart fitted one – started on the button. Scrutineering a breeze – engine still a bit lumpy, but we’re good to go.

I was pleased to receive the handouts for the first 3 regularities at sign on as my scatter rally and the odd 12 car experience a few years ago has told me that I can plot (must be stationary though – dining room table preferably) I’m also OK at reading any pre-plotted route pretty much spot on so I was really looking forward to navigating round the regularities. As for the regularity timing with those red digits, well all advice was to “not worry about the timings, just keep on the correct route and you’ll be fine”

The day dawned fine and sunny. Our requested lowly start number of 79 put us with the other 4 beginners and gave us plenty of time to plan what instructions I was to say when on some very complicated looking tests. Leaving the tight exit from the pub the PV shuddered a lot. “The diff” said Stuart…….hmmmm! A short trip took us to the start of the first regularity. Just as we were given the Go, the marshal warned us of the tractor which was going by……..and which proceeded – slowly – along the narrow lane. Oh joy – we needed to do 25mph (or so), it was doing 15mph – I’m not sure how long for as I forgot to reset the trip!! It turns off and then 2 miles (may be more or less – wasn’t looking at timer) further on an artic milk tanker fills the very narrow lane coming towards us. The driver stops, puts his elbows on his steering wheel, thus making it clear that he (reasonably) is not reversing. Knobblies, Very LSD = great – Stuart drives straight onto a soft and muddy verge, ploughs through it and on we go. No ordinary car this!

The lanes thereabouts are VERY tight and VERY wet and muddy and, with Stuart doing his best to make up time – we assumed we needed to as I was forgetting to use the trip – it was great fun reading the road and calling the junctions. The car though didn’t think so as the VLSD was complaining more and more every time we took a tight turn. Even so we caught several other cars and reckoned we were doing OK. Occasionally I remembered to reset the timer and, when I did, the ideal time given at each IRTC wasn’t too far out – we were never early though. Regularity done, no wrong slots, all controls visited, brilliant. Unfortunately we never did find out how we had done as, although I handed our completed time card in at lunch control, we never appeared in any results…..but…..that VLSD wasn’t going to enjoy the tests. Nor was I as I had found it hard to call the instructions in time when we did a training day on a simple test a few weeks ago. Unfortunately for the VLSD the first 2 tests were in a very grippy car park. Unfortunately for me they were very complicated. The car refused to take the sharp turns, shaking and clanking violently. I managed to miss out a few chunks of both tests, which helped, but it was clear that any more tests could be catastrophic to a very expensive part. Even missing the tests and just doing the regularities wasn’t an option as the VLSD was complaining at every junction by then. The wise decision was to retire and drive steadily back to the hotel, put it on the trailer and do a bit of spectating.

Swapping a noisy and juddery PV544 for an auto XC90 with the 2.5 litre petrol engine was a bit surreal and I indulged myself by turning on the electric seat! We were the first competitors (or ex competitors at any rate) to get back to the finish pub and celebrated by walking the finish ‘ramp’ (gazebo) together and collecting our complimentary Cheshire cheeses. No applause or photographs though…..

A great weekend. Obviously disappointing that it was so brief but we did enough to learn a lot from it and took a lot of positives. Bring on the Ilkley in the 142 – no plot and bash though please! Oh, and no tight diffs either…….!

Thanks to Tony Large (www.tonylarge.net) & Tim Sawyer (www.facebook.com/tim.sawyer) for all of the photos. Make sure you check out their pages for more examples and for details on how to purchase yourself a copy!