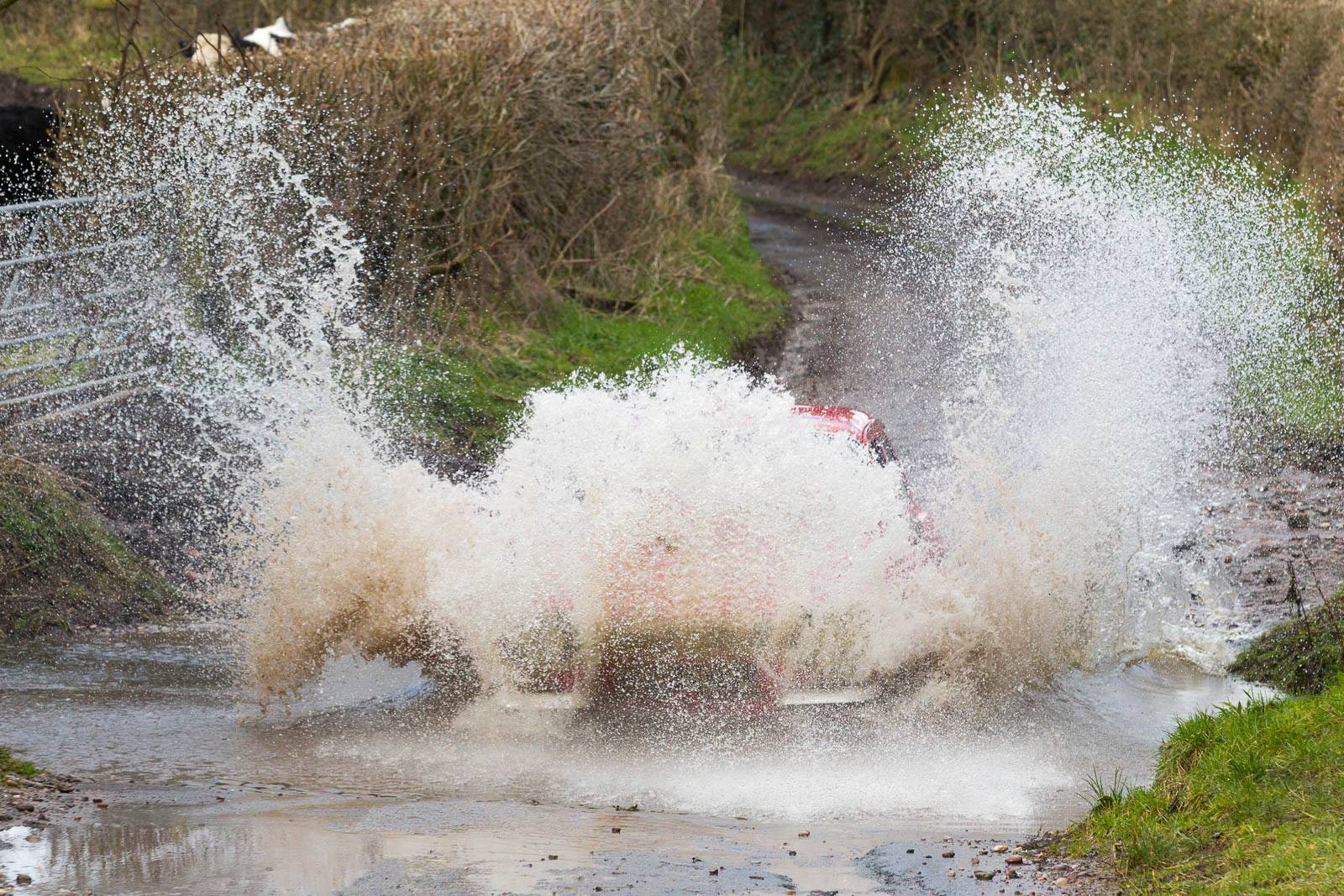 My sister Elise, and I were very excited to be back at the Bickerton Poacher, in Bickerton, for the start of this year’s Tour of Cheshire. It was our first rally together of the year so it was great to see so many competitors out in beautiful classic cars for one of my favorite events.

The event this year seemed to attract all the top competitors so despite finishing last year 15th overall, we were seeded 43rd and it was easy to see why, it looked like the win could have gone to anyone in the top 30. It was great to see new competitors to the sport there as well, a real mix in the 85 starters.

We were extremely lucky with the weather as it was mostly dry but as the area had recently had an awful lot of rain we found a few ‘puddles’ on the lanes and even on the tests, which tested all the cars waterproofness repeatedly. This proved to be quite challenging for me on the regularities, as catching back up to time took longer than usual, as I didn’t want to push too hard through the water. It became quite close at points, where I was still running a few seconds late as we came around a corner to see a timing point but managed only to drop one or two seconds when we stopped on the line.

The day was tightly packed with six regularities and ten driving tests and once we had got back into the swing of things, and remembered how to drive at an average speed again, we thoroughly enjoyed ourselves. We received two of the regularities the night before at scruitineering, the plotting instructions a mix of spot heights, gridlines, via grid references and a herringbone instruction. There weren’t any tricks to catch you out you just needed to keep concentration and ensure you plotted the correct direction.

We did make one small error in the plotting but luckily it was on a link section and when we were on route Elise stopped me at a junction, just before we would have gone wrong, saying it didn’t feel right so she checked the notes and replotted so that we went the correct way.

The best part of the day was definitely the last test, a whole section of the test was completely underwater it was a real challenge to balance speed and wanting to go slow through the water. We opted for slow and steady and made it through with no problems, I love testing out the car and my abilities in this way.

We finished a respectable 28th Overall and second in our class, a huge congratulations to Matt Warren and Andy Pullen with 1st overall.

The organisers had done a fabulous job in putting the event together, the roads and areas were fantastic and I especially enjoyed the tests venues! Of course a huge thank you to all the Marshals who stood out in the cold, we wouldn’t be able to compete without them.

Thanks to Apex Rally Media (www.facebook.com/Apex-Rally-Media-231752860335342), Tony Large (www.tonylarge.net) & Tim Sawyer (www.facebook.com/tim.sawyer.980) for all of the photos. Make sure you check out their site for more examples and for details on how to purchase yourself a copy!