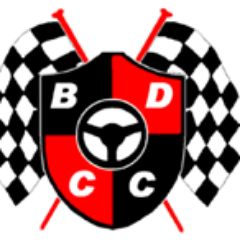 “BDCC is pleased to launch The Bournemouth Rally, round 4 of the Sportway Tyres Endurance Road Rally Championship. 110 miles of special tests await competitors over a variety of road surfaces, for just £190.

The George Albert Hotel between Yeovil and Dorchester hosts the event, with bed & breakfast available on Friday and Saturday night at a discounted rate.

The rally starts at midday with two “Super Special” tests (with an audience!) followed by a short jogularity section. The route then makes use of the Bovington army ranges with 20 special tests totalling 90 miles, with tarmac, gravel, grass, woodland, climbs, descents, fast and flowing, tight and technical sections – you name it! After a short run for fuel, the final 16-mile test will be held after sunset. A road section to the George Albert Hotel for results and the rally buffet will see the first car finish at about 9pm.

Dating back to 1955, the original Bournemouth Rally was made up of driving tests and road sections throughout the South West and Wales, finishing with a section along the Bournemouth seafront. In the 1960s and 1970s the format changed to include Special Stages on farm tracks and airfields in Dorset and Hampshire. In the 1980s the event transformed into a road rally and was twice a round of the BTRDA/Motoring News Road Rally Championship.

BDCC is one of the most active motor clubs on the south coast, running a variety of events during the year. The rally organisers have a wide-spanning background in motorsport and are keen on running a slick and efficient rally for competitors to enjoy.

As a round of the Sportway Tyres Endurance Road Rally Championship we aim to deliver an event that is fitting of the “endurance” title, adding to the variety of rallies included in the championship. Tony Michael of Chelmsford MC will be compiling the results with online updates during the day.

Entries open in June 2014. Updates on the event will be published on the club website (www.bdcc.org.uk) and on Twitter (@BDCCEndurance).”