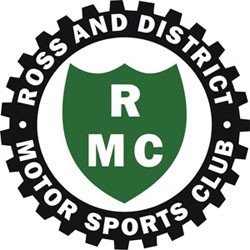 48 starters met at the picturesque Beechenhurst Lodge in the Forest of Dean for the 7th round of the Autosessive HRCR Clubmans Rally Championship. As well as the regular contenders from our region, Kevin Savage and Maurice Ellison were making guest appearances navigating for Jon Wood (Mini) and Keith Davis (MG B).

For those who don’t know about this type of event, they run during the day time and the competition is a combination of regularity sections, where you have to maintain specified average speeds and are penalised for being early and late at secret timing points, and off-road special tests against the clock, which can be anything from an autotest to a mini-special stage.

The event started off with a fabulous forest test which reminded me more of the Lombard Revival Endurance Rallies – charging through the forest for nearly two miles with a map that didn’t really show corners, just cones… great fun but a big advantage to those in powerful cars.

From there it was into the first regularity, for which the route was only handed out as you left the start. This gave some plotting time before and after the first test to get it on the map, but it took a bit of time to find the map features listed and this would be an indication of the difficulty level for the whole event. There were seven Intermediate Time Controls in the 25 mile route, time penalties at the 4th had to be scrubbed due to a dodgy clock.

After this we returned to the Oakenhill Forest for another thrash, in the reverse direction to test one. We were due to have two goes in each direction at 30 second intervals, but understandably the organisers decided to cancel the 2nd attempts due to dust.

Regularity two was slightly easier for the navigators, as the route, defined by grid squares departure directions, had been handed out before the start. It was a bit shorter than the first at only 14 miles, with four ITC’s.

This led crews to Chepstow Racecourse for the first of three visits and a total of thirteen tests there during the day. The first of these was in a big open tarmac car park, while the remaining four on the first visit were around the infield and perimeter roads within the racecourse, some tarmac bt mostly gravel. They has made good use of the road available but some of the cones were very tight and the instructions confusing in places – you were told not to go onto the grass but some of the cone positions forced you to do just that.

Regularity three was the shortest of the day at 10 miles with three ITC’s, however it was ‘plot and bash’ so the navigators were under pressure to work out the grid line crossings which used two maps. Fortunately there was only one speed change to contend with during the section.

We returned to the Racecourse for an al fresco lunch before tackling four more tests there, cleverly set so that they didn’t need to move the cones from the previous visit but we tackled them in different directions/combinations.

the next regularity was another plot and bash, this time 16 miles and five ITC’s. The route was defined by coloured junctions then a herringbone. Although it was Coloured Roads Only, it was not easy to plot because you had to look out for dead-end roads – the organisers had told us that they would not include these in the route instructions. To make the section even more difficult, there were five speed changes. Many crews missed timing point on this section and we thought we’d blown my chances of a good result by missing a slot right at the very end and dropping over two minutes at the final ITC.

Back to Chepstow for the last four tests, then onto the final regularity, which would be a monster covering 44 miles with fourteen (yes, really!) time controls and taking nearly two hours… it was enough to frazzle the brains of the master and experts, so sympathies to the poor novices who must have found it virtually impossible.

We at least had the first half of the route pre-plotted, but that had not been easy to do with six map references with approaches and departs that took some work to link them together correctly. Then at the start of the section we were given loads of ‘clockface’ approaches and departs at junctions and grid squares. This was again made very difficult by the ‘ignore dead ends’ rule, plus there was a via map reference hidden at the bottom of the page which turned out to be a not-as-map lay-by with a code board hidden in it. Add to this fourteen speed changes and a set of temporary traffic lights with a time control less then half a mile after and the penalties for this section were as much for some crews as the previous four regularities added together.

The Ross Traders has a reputation for being a challenge and this year was no exception. Novices got some help, with examples of the types of navigation to be used sent out with the finals, plus a bit more time to plot the ‘pre-plot’ sections, but many had no choice but to stop and plot in the regularities and so incurred bit time penalties at the next ITC. Some of the things they don’t tell you make it even more difficult, for example, hardly any of the code board locations were included in the instructions, so you have to be on the look out all the time.

Even the link section between tests and regularities were not straight forward – at first glance in the road book it looked like you were given tulips for all these sections, but in fact it was only for two or three of them, the rest you had to plot yourself. It was definitely on of those events where you had to go home and plot it all on the kitchen table afterwards to try and work it out!

Matt Warren and Bath Woodman (Mk1 Escort) continued their dominant form in 2013, winning by nearly five minutes in the end.

Thanks to Ross & District MSC for a well put together and very challenging event and particularly to all the marshals who turned out in the heat and dust to allow us to have our day’s motorsport.

If you are thinking of having a go at historic rallying, you should consider the Tour of Cheshire or Ilkley Jubilee which run in March/April as these are more specifically aimed at novices. The HRCR championship event generally tend to get harder as the season progresses.