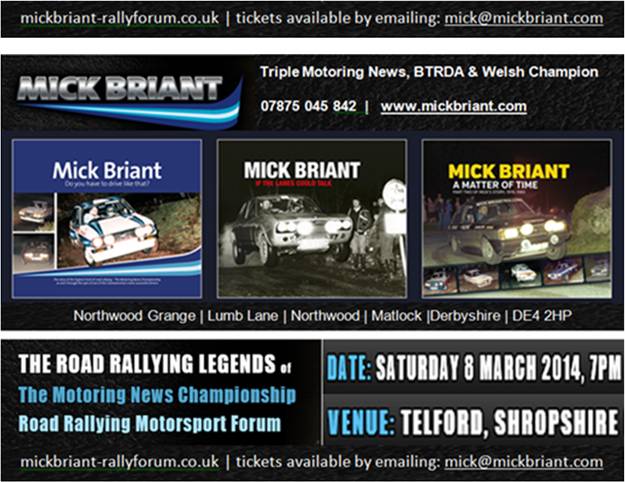 It’s easy to look back through spectacles that have a rosy tint, remember what went before, your heroics in the beat up old scrapper that you salvaged and bolted in a “Safety Devices” cage that made you the next best thing to Hannu Mikkola in your town. We’ve all been there. People of that certain age seem to hark back to those days, we spent them in a mix of faux fur Lumberjack jackets, Oxford Bags, jumpers with three stars on and a new thing from a bloke called Adi Dassler called a “trainer”.

Some of the quick lads seemed to have an even stranger penchant for Deerstalkers, its funny what makes a driver quick, their favourite undies, T-Shirt or that venerable Deerstalker.

The cars themselves of that day were enigmatic. Mark 1 and 2 Escorts were the mainstay, easy to modify with a plentiful supply of parts from a local scrapyard, if you were lucky, you found a car that had been shunted in a big off on a rally and it may still have some trick bits on it! Oh, how times change. But think back, Twin Cam Anglias, eight port head Minis, Super Mirafiori Fiats, even more exotica, Clan Crusaders and other one off’s fought with more mundane Viva’s, Firenzas and that beautiful Ascona Theo Bengry used to hurl down the lanes. They were heady days of No6. Cigarettes, Aramis after shave and Double Diamond Beer.

You can probably tell I’m a product of that age, and they were amazing days that have until now been committed to my brain. 1987 saw the final year of these Gladiators of the lanes. The RAC Motor Sports Association abolished Targa timing, quashing the glorious sight and sound of these beautiful machines on the tight and twisty back roads of the UK. Dave Orrick, a very successful navigator from Ulverston, Cumbria gained cult status with his book “Night Moves” which detailed that very year, but only that year. 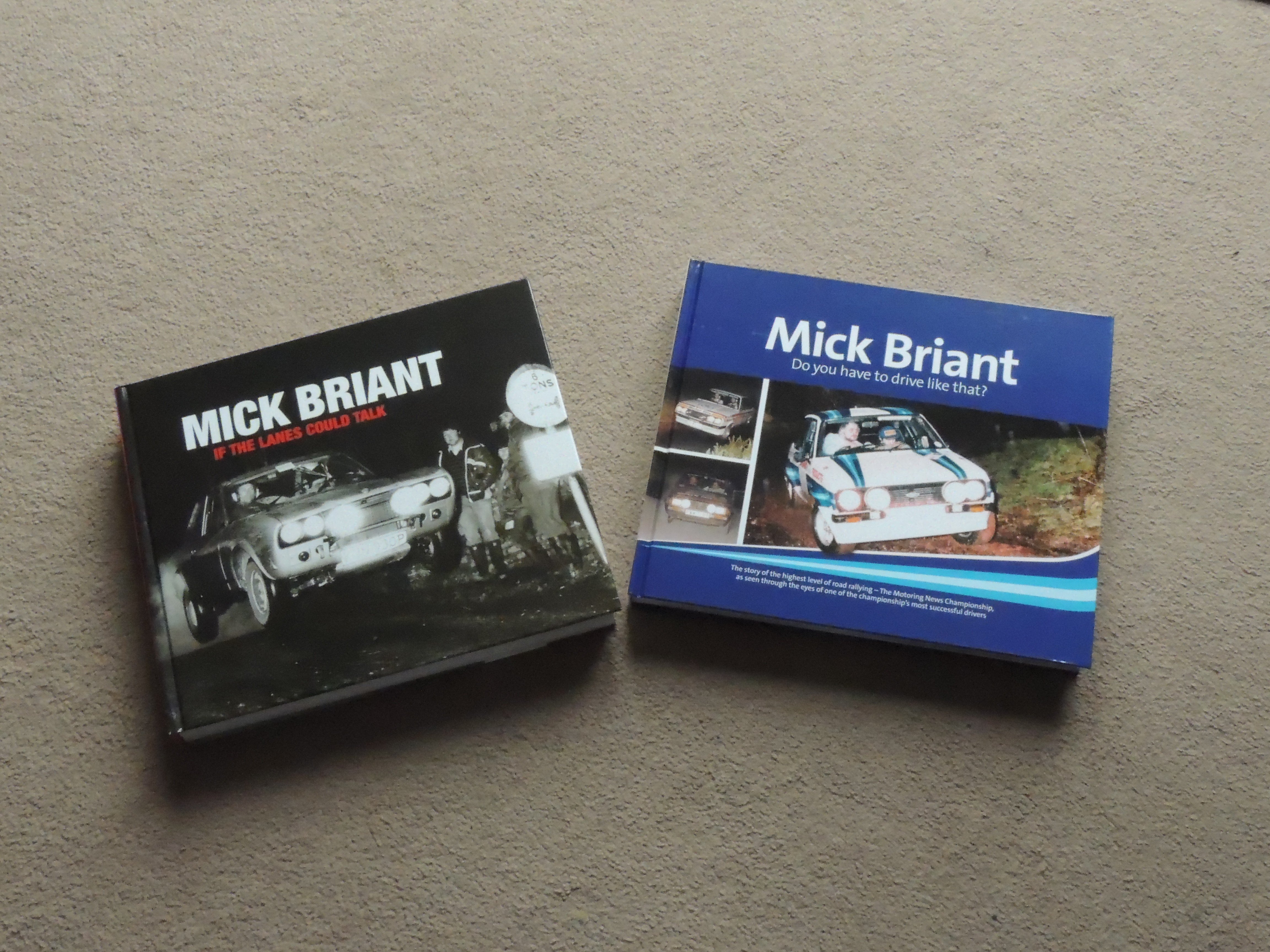 The mainstay of Road Rallying was the “Motoring News Championship”, alongside some events that had dual status with the BTRDA (British Trial and Rally Drivers Association) this was a proving ground not only for drivers, but world famous Co-Drivers too. Rallies in this era were truly nationwide, Mull to Moonraker, Sarn Helen to Stocktonian, it really was all encompassing.

The internet has become an amazing place, almost anything can be found there, however there are still people who want to commit their, and others memories to a more traditional form. Somehow books are more personal, their layout and feel entice you in, they are easier to pick up and put down than a tablet device, and the turning of the page is much more satisfying than a screen swipe or click of a mouse. It feels that you are opening a door on another piece of life. Orrick’s “Night Moves” was a masterpiece; it was before its time, but bang on the money, it appealed to people who were competing at the time and youngsters like a 20 year old me who were just starting out at that very instance. Orrick tapped into something that is pure gold, he was writing about nostalgia.

Fast forward 25 years and Mick Briant has embarked on a far more involved project. Briant was a hugely successful competitor in the Motoring News Championship, in fact he won it three times, only he and a little known (!) character by the name of Beecroft achieved this. Where “Night Moves” was a relatively thin paperback style of book, Briant has decided to go for a weighty tome, it is purely hardback, some leather bound, its pages are glossy and thick and it oozes coffee table book quality. However, the two books do have a different feel to them.

Book 1, “Do you have to drive like that?” is a recollection by Briant of his early years in Motorsport, 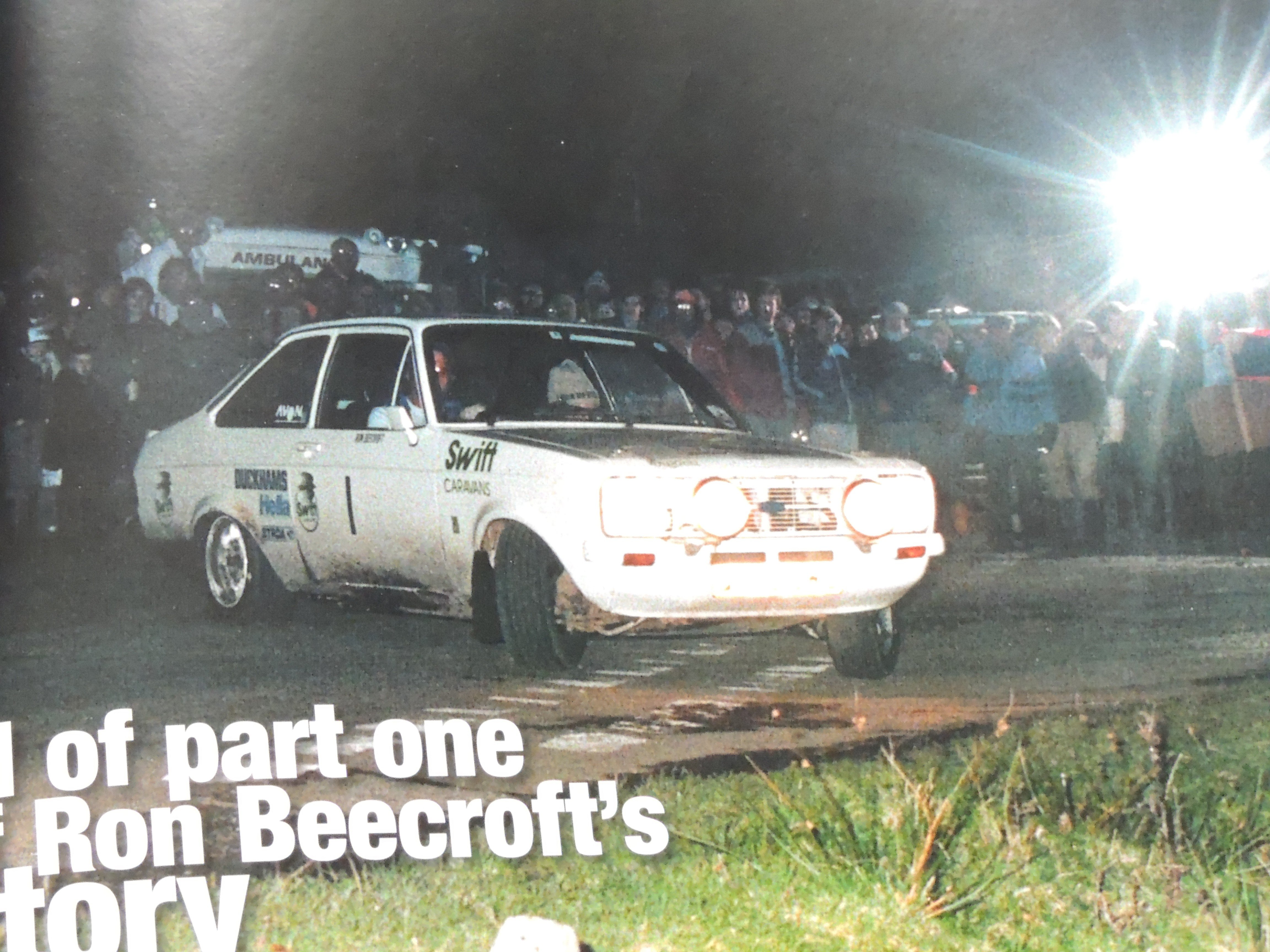 namely the first years he achieved major success in a rally car. The book feels sturdy, and in the “normal” guise, i.e. without deluxe binding appears to have quality immediately. The book is based on Mick’s own recollections of the years 1974-1975. There are a few who may dispute some of the recollections, as Mick may dispute theirs, one thing to remember, and this guy saw these years through his windscreen and eyes. It’s nearly 40 years ago so a few discrepancies may occur, I can’t remember last week some times, never mind 40 years ago! The feel of the pages is superb, the satin finish is classy and it is well laid out, in parts. It really is a coffee table piece, but one that will only gain in weight and value as the years go on. A lot of the people mentioned in the book are, sadly, no longer with us.

Briant’s style of writing is open, it sometimes pulls no punches on his feelings towards people and how they affected him, it is engaging yet informative, he starts off with an opening 30 plus pages on where the Motorsport News Championship was born, what happened at its inception and his early involvement in business, it all makes interesting and controversial reading.

The book zig-zags its way through his early years and is interspersed with pictures and small features on Drivers and Navigators that competed against and alongside him on the MN championship, some of the photographs are pure nostalgia, how the heck he has dug these up I will never know, but they are fantastic. Each round is documented through his eyes, and it makes captivating reading. The highs and lows are all in there, even having to deal with a Navigator who had personal troubles. It culminates in The Martin Group Cytax Rally where Briant won his first MN Championship.

At 384 pages it is a real read, it isn’t perfect though. The typeset is sometimes smudged, maybe poor

press preparation, who knows, but this was one of the lessons learned by Mick as he started collating things for his second book.. “If the lanes could talk, Part1”

Take the first book; it is superb in its layout, then look at the second book. This is now a different world. Maybe the first book is designed to let you into what made Mick Briant successful, the second book looks and feels different altogether, this is a much slicker production, gone are the typeset smudges and sometimes odd layouts of text and photos, this shows that experience has been gained and peoples ideas have been listened to. The book is massive, it weighs over 4Kg in its stout packaging, and a nice touch is that the corners and spine of the book come with some protectors, nicely thought out. At 564 pages, this is war and peace in rally terms, a leviathan of rally literary.

This book will appeal to a wider audience. Why? Simply because, it covers ALL of the Motoring News Championship. Seen through the eyes of key players who were there and took part, this book is a gold mine of information. It has taken Briant and his wife, Sue, hours of travelling and many thousands of miles to meet and talk with the people who contribute to the book. The names there are amazing, Bean, Kirkham, Barrow in the 1960’s. The 70’s sees Gwynne, Bolton and Videan, no book about this Championship would be complete without its final winner, Beecroft and alongside Forrester and “Hutchy” that rounds the 80’s of very nicely thank you! There are other contributors, but you’ll either have to buy one or try and borrow one! Again, the photo’s in here are awesome, a particular one of Ian Woof and Derek Fryer in their “Atkinsons of Kendal” HSR Chevette sent shivers down my spine as I have stood and watched on that very corner many times, I could have been in the crowd that night! 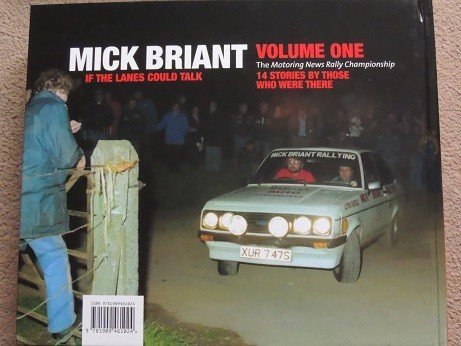 Briant has had some stick about the books on the various forums and Facebook pages I read, no doubt there are many more that I haven’t seen, and I will hold my hand up as I too asked the question, “Is it really worth it?” In short. Yes, every cent. Why? Think about the hours travelling and the hours talking to old friends, the hotel bills, the fuel, the food. Then think about the hours sitting in front of a PC or Mac and battering the words out. Shipping, typesetting and design, production and printing all don’t come free. I pressed Mick on his thoughts about some of the negative comments he too has read, “I wanted to do something like this as it hasn’t been done before. My age group that were there and competing are starting to fade, another 25 years and who will do it? No one. People always seem to think they can do better and that Authors make a fortune, ask them to take in the costs and hours and then see what profit I’ve made, it isn’t large by any standard.”

I wrote this as I wanted to help people who are on the edge of buying this book, honestly, go out and buy it, a friend of mine, one of The Flynn’s from Burnley sold it to me like this.. “ Kev, it’s not even a night out when you look at it!” So true.

I have no financial connection to this book in any way.