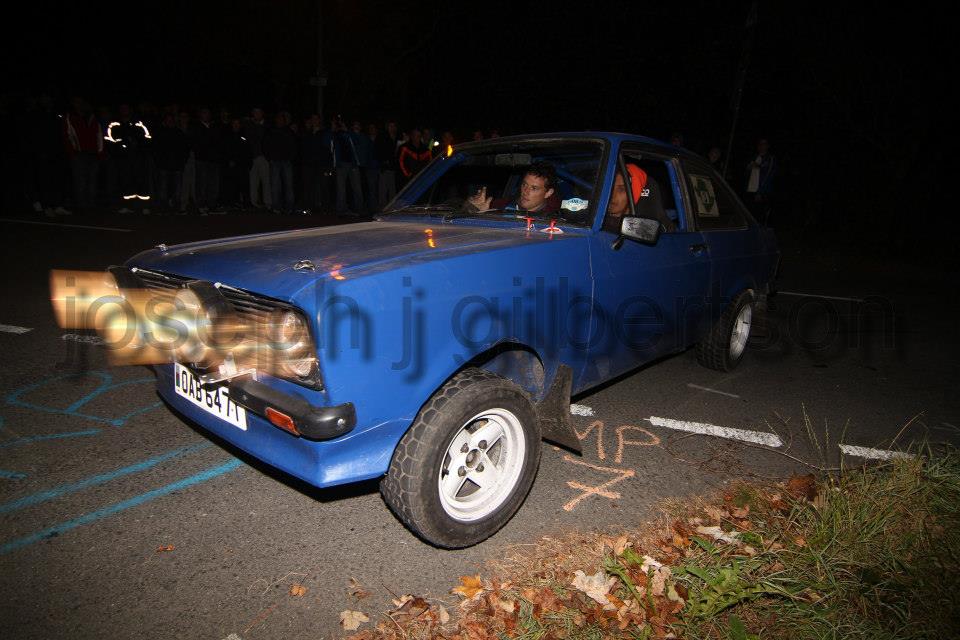 I’ve never been to the Rali Mon, or even Anglesey in fact. So tree and I decided to head up to north Wales to some points to keep the WAMC chances alive. Nigel Davies is coming up quick on myself making it a 4 way fight including Matt Bowyer and Polly. Was I going miss it? No.

Budget tight (as ever!) but we managed to scrape together a trip to the welsh island for a Motorsport holiday/weekend. We headed up on Friday and camped out on the beach. Saturday morning we got in some laps at Cartion Mon to get in the zone for the night!

The Start venue was very busy with just enough space for the crews, plotting was tight for us with minutes to spare but we managed to get it all onto the map.

The first half started with a blast around a quarry, by the time we came through it was really dusty, but the Impreza love quarry’s so gave it a bit of a go were I could see… We managed a 1.07, Bowyer/Dowley went through in 1.09 and Davies/John in 1.10, so we were off to a good start.
Arwel Hughes Jones & Dylan John Williams (Mk2 Escort) was quickest through the test completing it in just 52 seconds. Kevin Kerr & Huw Rhys Manion (Mk2 Escort) and Sion Matthews & Gruff Parry (Nova) were the only other two crews coming through under a minute, both with 54 seconds. Richard Jerman & Lowri Davies (Mk2 Escort) had a time of 1 minute and Richard Williams & Cadog Davies (Mk2 Escort) rounded off the top 5 on 1.02.
Steffan Llywelyn & Daniel Jones (Corsa) were the quickest Semi-Expert crew with 1.06, just a second ahead of Jamie Jones & Jonathan Kennedy (Impreza). Just one more second on again were Mark Jukes & Dafydd-Sion Lloyd (AE86 Corolla) with 1.08
Quickest in the Novice class were Chris Farrell & Arwyn Williams (Civic) with a time of 1.32. Second in the class were Joshua Taylor & Abi Haycock (106) on 1.38 and Sion Lewis & Ynyr Davies (Saxo VTR) rounded off the top three wtih 1.43.

We went out into the rally with brand new front brakes and I hoped that the drive up was enough to bed them in, but unfortunately they got smokey and really smelly straight away, as stupid as it may be I poured cold water on the brakes to cool them down, the way I see it is that we go through fords so it can’t be that bad… It kinda worked in the second half so we pushed on after petrol.
Still at the front at Petrol was Hughes-Jones/Williams still on just 52 seconds. Ker/Manion were wtill in second with 1.04 and moving up to third was Mark ‘GT’ Roberts & Dylan Jenkins (Golf) with 1.15.
In class 2 Geraint Jones & Carwyn Edwards (205) were leading the class dropping 3.09, second was Robert W Williams & Llion Williams (Chevette) with 3.22 and in third was Aled Williams & Dafydd Hughes (Astra) on 4.05.
Class 3 was lead by David Williams & David Price (106) on 7.38 ahead of William Patrick-Hughes & Robin G Williams (Mk2 Escort) on 9.33. The final position was held by Keith Ashley & Chris Ashley (Micra) on 12.15.

Just after petrol we got caught in an epic battle with Robert & Llion in the Chevette. These guys were impressively paced and took a minute out of us by catching us, the gauntlet was laid at 1 control and they left on our minute. They soon passed us within a few corners and the chase was on, they did bump into a bank but by the time we passed them they were already in reverse spinning out, this went of for a few sections which was great, it was a shame that they had technical issues! It was a little similar to the Meirion with several cleanable sections with a handful of droppers scattered along a great fast route. I was hoping that the lack of 3m controls meant the route was challenging enough to have time to push on more sections. Our times were pretty good on the droppers and didn’t take risks in the long patches of fog.

A control just before the end seemed to be in the wrong place and caught out a lot if crews. We lost 4.33 at TC11b and the sighting of the control depart sent us about 2 miles down the wrong road. But that many crews had been down there we had a spectator who I asked directions n he knew nothing. We figured it out we needed to slot left just after the control so we got back on route and headed towards the final control.

Enjoyed a nice slack run back to brekkie, a lovely venue Cartio Mon. Quick look at the times to confirm the mixup at the end cost it for us but what a weekend!!! BBQ on the beach Friday night, karting on the Saturday, rali in the night and the car survived just about (a wheel did try to fall off but that’s a whole other story!)

My quick wrap up is… Great route, not so challenging on all the sections so a handful of droppers were the key to a good finish. Very hard on the nav, tree said his head was hurting a lot at times through the night ha ha! A few other navs saying the same though.