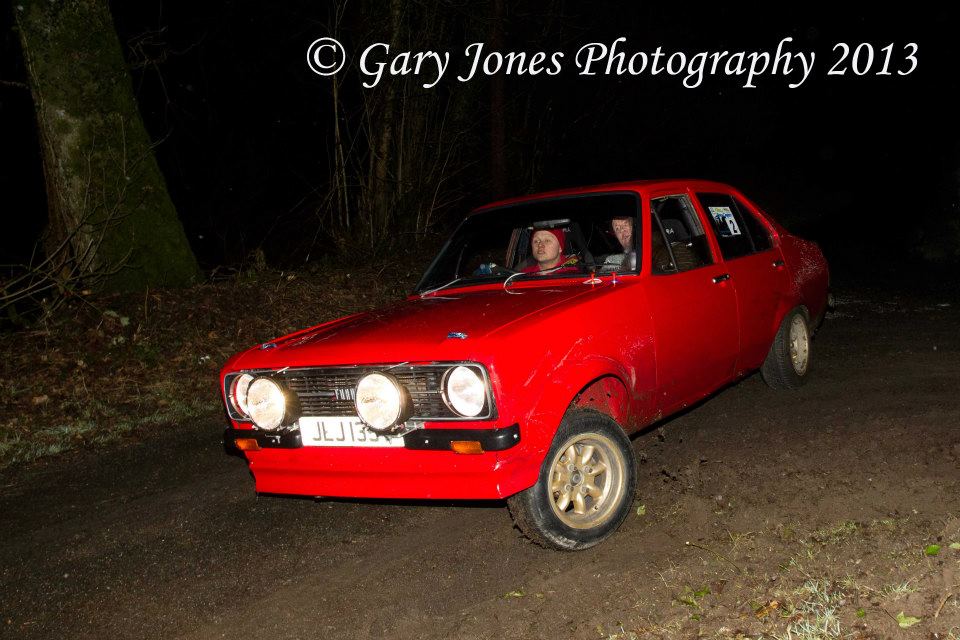 First of all I have to say well done to the team from Lampeter & District MC! It couldn’t of been a easy task to turn it around that quick! And going by some un-used quiet zones from the previous attempt I presume there was a bit of a re-route as well! Well Done to all!

We were very surprised on the way up from Swansea to come across a white Lampeter! Didn’t expect snow at all! It would make the night a bit different!

Everything went al-right at the start this time (haha!) and it was soon time when we would be getting out points, took a little longer then hoped but we were both out of practice a bit! Alex not doing a pre-plot rally since the Pinged Hill back in January 2012! We didn’t get everything down, but could easily finish it off at petrol.

From the word go Alex was feeling queezy, I think the fact that he got a little lost at the start caused him to get a little flustered and caused him to become quite ill! I did slow down but it ended up with no notes, just seeing how far we got! And then the inevitable happened, a slot 90 right which was taken too quick, slid on the snow and hit the bank. Yet another bent rear axle on the Tigra!! We did carry on as it wasn’t as bad as last time, we could drive pretty straight!

But soon after Alex was just too bad, so we pulled over and called it a day! We had passed several cars parked up already so we weren’t the only one’s out!

Oh well! Onto the next one! See some of you at the Bath Festival!