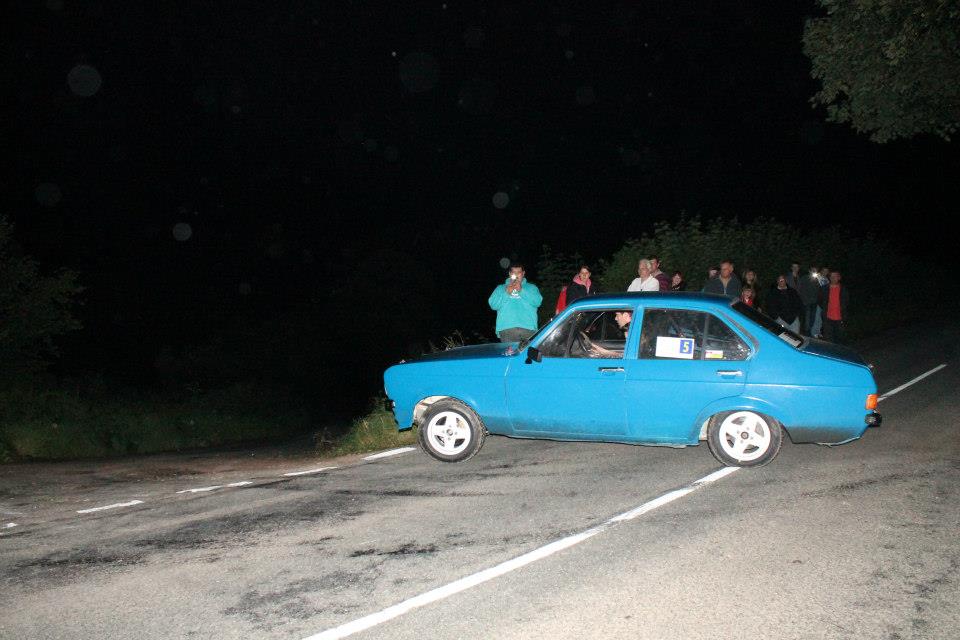 The drive up from Devon took quite a long time with an accident on the M5, but after the Pacemaker 2011 I did’nt want to miss this one!

This was the only rally during 2011 which I got a DNF, so the Pacemaker was one to attack full on for me!

Once I arrived Alex had already taken the car through scrutineering and met me in the start carpark. The lower down cars just got put down in the bottom car park, which I thought was a bit unfair as everyone is paying the same amount and still giving it a go, but that didn’t bother us! Signing on was easy and the Starting venue was more then capable of holding all the people in there! And it’s always good to have The Basic Roamer Company at the start for those last minute bits and bobs!

Plotting for everyone was well underway when we got our points way back at car 62. It was a challenging route to plot with some tight sections that took some careful map marking to make sure you don’t cover other roads! You always know its going to be an interesting route when you get to a field when plotting and the instruction read “Follow Arrows”!

On the start line the fuse for the cigarette lighter, speedo and a couple other things went. Not sure why, but it did! And being as underprepared as we were, we didn’t have the correct spare! The novelty of running a standard car is getting very low now! So the potti was flung in the back and a small LED inspection light was brought out! It was going to be an interesting night!

The route was brilliant! It had it all! Nice wide roads, small tight rough as hell whites, fords, bumps! All the Marshalls were where I had plotted so the night was going well. A missed a slot at a speccy point due to a speccy sat in there car with lights on full beam cost us a little bit while turning around and a trip into a hedge cost us a bit more while checking the front of the car. One of the whites was very ruff and we had to crawl down due to not having a sump guard which also knocked our tracking out quite a lot which caused a bit of hassle!

We got to the end with fails and quite a lot of time over, but we had finished! A lot of people didn’t! Only 1 novice crew finished so we were happy with a finish! The breakfast at the end was great and results were posted up fairly soon so there wasn’t too much hanging around!

All in all, a brilliant event! Hats off to the organising team for making an event run so smoothly! Well Done! Thanks goes to all the Marshals as well! We wouldn’t be driving around if it wasn’t for you guys!

Thanks to Chris Whittall (www.facebook.com/chris.whittall) and DA Photographic (www.daphotographic.co.uk) for the photos! Make sure you head over to their pages and buy a copy!