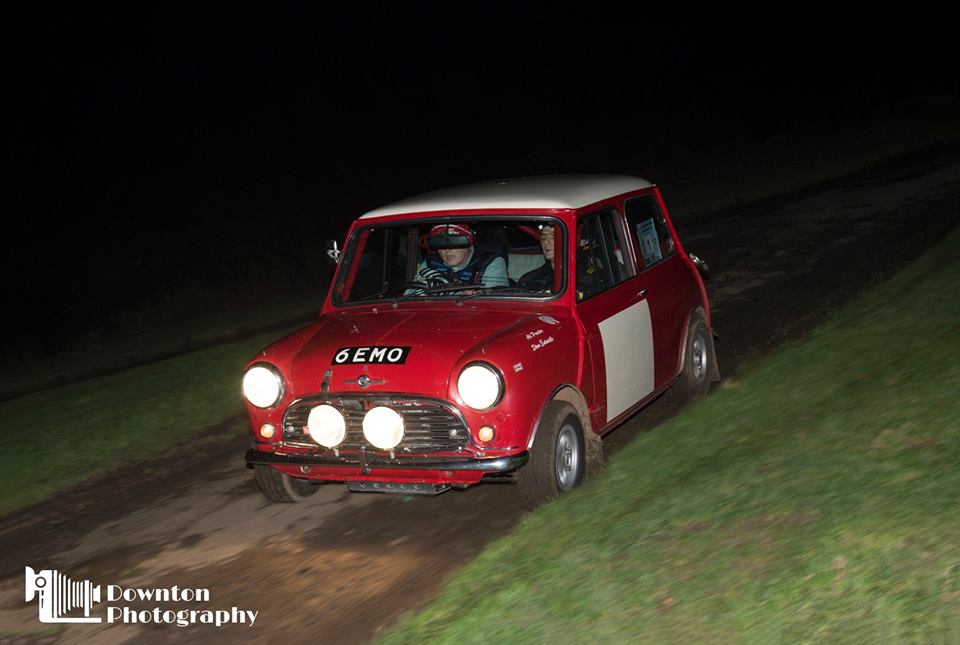 Just seven days after winning his class and finishing third overall on the RAC Rally of the Tests, Steve Entwistle was back in action with 6 EMO for the Northumberland Borders Rally.

Entwistle, from Rishton, near Blackburn, was out in search of back-to-back victories after winning last year’s event – his third in total – with Andy Pullan in the navigator’s seat.

Out to stop him were some of the top names in Mini rallying, including Graeme Corthwaite and Ali Procter, who had been mapman for Entwistle on the Rally of the Tests, and racing driver Andy Harrison, tackling the event for the first time in the late Barrie Williams’ Mini 120 MNP.

Organised by Niall Cook on behalf of the Mini Cooper Register’s north-east section, the Northumberland Borders enjoys an unrivaled reputation as one of the Mini events to contest.

A lunchtime start from Heddon-on-the Wall saw crews tackle nine tests in Lambton Park, used as a special stage on the 1991 Lombard RAC Rally, before a tea halt, and then 100-mile night navigation section finishing at Alnwick.

“It was a quick turnaround after the Rally of the Tests, but Mini Sport gave 6 EMO and wash and check over, and we were good to go,” explained Steve.

“The tests in Lambton Park were brilliant, very fast but a variety of surfaces including grass, broken concrete and tarmac, which was very slippy. We were happy to emerge from there in one piece, just behind Graeme and Ali, with the night section ahead of us. The organisers had done a great job in plotting some interesting roads, all well-marshaled, together with a variety of tricky sections on private land and farms. One farmer had really got into the spirit of the rally by putting out straw bale chicanes and arrows, which was really reminiscent of the sport in the 1970’s.”

Lying second halfway through the night section, Entwistle and Pullan capitalised on an uncharacteristic error by Cornthwaite and Procter which cost them a minute – and the rally lead.

But the positions were reversed shortly after, when Entwistle and Pullan also made an error, which cost them three minutes, the lead and the rally.

“It was just one of those things that happen in rallying,” said a philosophical Entwistle at the finish. “We had a great battle with Graeme and Ali, and to be fair, they deserved to win. It was a brilliant event, superbly organised by Niall Cook and the MCR with some great venues and roads . It would have been nice to pick up a fourth victory, but it’ll just have to wait until next year!”.

Steve Entwistle would like to thank Mini Sport of Padiham and Paddy Hopkirk for the loan of 6 EMO.

Thanks to Downton Photography (www.facebook.com/DowntonPhotography) Jon Richardson & Mark Yates for all the images. Make sure you check out their pages for more examples and for details on how to purchase yourself a copy!2