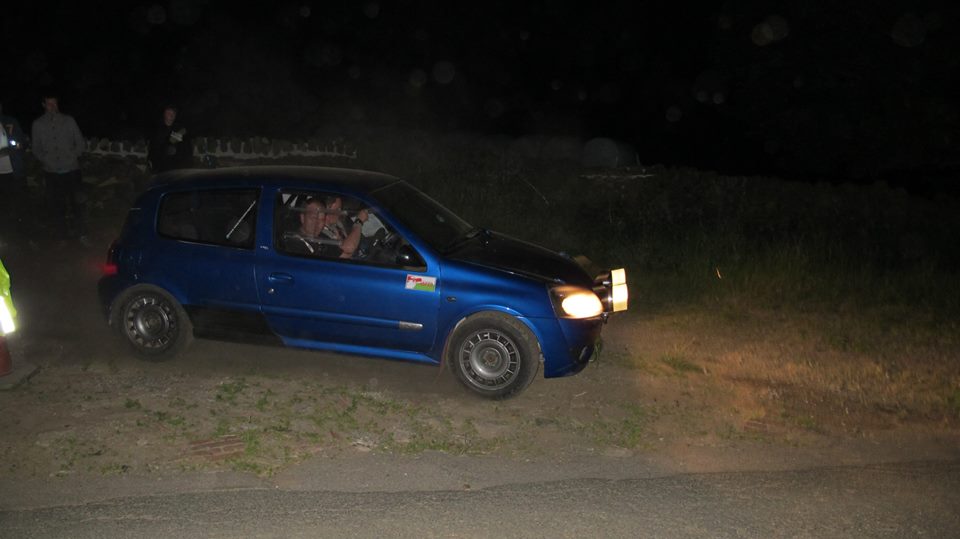 Matlock Motor Club presented a slick operation in promoting the Kick Energy Rally, from scrutineering to final results, the move from its traditional April date seems to have agreed with this events format.

Recent dry weather saw the tarmac and whites in great condition, however the foliage provided challenges for travelling crews as it seemed to define twists and turns that were really not there! The Rally started from its long term home at Robinson and Son Packaging just outside Chesterfield Town Centre, a near perfect start venue with good parking and facilities to help competitors ease their way into what was obviously going to be a testing nights motorsport. The route was delivered in two parts, Not As Maps and blackspots were given out at signing on, with the meat of the route being passed to crews one hour before their time. To keep everyone on their toes, specific control points were not given, testing for both Novice and Masters alike.

An opening test kindly provided by the events Sponsor, Kick Energy saw furious action ensue, with an immediate excursion upon exit from this test onto the lanes to the South West of Chesterfield. Here competitors were into the notorious Derbyshire whites almost immediately, passing through Dryhurst Farm and heading south. It was obvious from his rapid passage through this section, previous winner and car one on the night Guy Robinson had the bit between his teeth, similarly spectacular was the immaculate Clio of Neil Weaver/ Russell Williams. Four wheel drive proved no advantage as relative newcomer Andy Smith (car 10) went sideways on the gravel strewn tarmac first section, a good start to only his second event saw mechanicals prove costly at petrol, forcing his retirement. Another crew on a charge were 4th seeds Jason Straker and Richard Holdsworth, the Escort pedalling pair in full contention until the last section saw them fall off the road, costing them at least 25 minutes which would have seen an even closer top 10.

After petrol, crews started to head back east, a short neutral section saw the Rally head towards Youlgreave and Alport going north easterly, once again, local knowledge was invaluable as Allan Storer partnered by Tom Fenton secured top novice on this final section, theit dominance giving them a comfortable almost 15 minute lead over Father and Daughter pairing of Paul and Sarah Holmberg.

A final section around Beeley Moor before the competitors took in a last Special Test once again provided kindly by Kick Energy/Global Brands MD Steve Perez on land he owns.

It was to be a close run affair at the finish, Guy Robinson/Max Freeman just holding the charging pairing of Ian Ainsworth/Steve Merry at bay, experienced locals fighting tooth and nail for the win, the margin just 27 seconds after 100 miles. As mentioned

Thanks to Mathew Kiziuk (www.facebook.com/mathew.kiziuk)  for all of the photos! Head over to his websites for more photos and for contact details to buy yourself a copy!