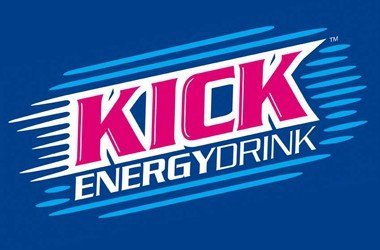 Seasons come and go, as do rallies that don’t have that certain something in them. The Kick Energy Rally has been around for years, it’s one of those events that is part of a perpetual calendar which doesn’t need any prompting, you know it is going to be on.

Except for this year, when the date was changed! Saturday night, 6th of July sees the Kick Energy start out from Chesterfield, first car away at 11:45.

The Rally has been around for 35 years or more, for most of that it has followed the same format, classic Derbyshire lanes and whites, with an odd test and straight forward navigation. This is a rally that will satisfy both Driver and Navigator, no nonsense, pre-plot and sections that will both thrill and keep the crew on their toes. When first conceived, the rally was known as “ The DFS” and later on received backing and also became known as “The Auto Windscreens”. That changed 11 years ago, when local Entrepreneur and rally enthusiast Steve Perez, backed the event.

I caught up with Steve and had a quick chat;

Steve, many thanks for your time in answering these questions. The Kick Energy is in its 11th year, it’s unusual to see such sustained support from a huge brand, what makes you keep this sponsorship going?

“Matlock Motor Club are my rally club. The Matlock Road Rally was the first road rally I ever watched – back then it was called the DFS rally. Watching that got me into rallying.”

You are predominantly stage based, would it not be more in your interest to lend your weight to a more high profile event?

“I think that as a brand Kick Energy works well for Road Rallies as it is an energy drink which both drivers and navigators need to keep them at peak performance all night. Marshall’s too have to be alert all night and energy drinks are in great demand. We, as a company, get a lot out of sponsoring rallying in the form of PR and media coverage which is essential. But we don’t just look at big shots. We sponsor rallying from its grassroots to its highest level; and we also support other rising stars in sports such as football.”

How many years have you been competing in Rallying, what are your most memorable, your best and worst moments?

I first competed on the DFS rally back in 1978 – at a guess. I spent many years as a co-driver for, amongst others, Alistair Sutherland. There have been many good and bad times! The worst as a co-driver lost on the moors with a tired and angry driver. The scariest was when I broke my neck on the East African Safari Rally in 2007 and had to be airlifted to Nairobi hospital – a pretty scary experience!! My most memorable experiences have been winning three national championships, the Historic in 2003, the ANCRO Rally Championship in 2004 and the BTRDA Gold star in 2010.”

The Stratos and Focus WRC are two iconic and yet very different motors, if you have to choose a favourite, which one and why?

“It’s like having two different girlfriends both with different looks and characters! One, the Stratos, a feisty, temperamental Latin brunette who always keeps me guessing. The other, the Focus, a beautiful blonde Scandinavian with long legs and beautiful lines … but maybe a bit predictable? ……”

As stated, you have been one of the stalwarts in the sponsorship of grass roots motor sport, do you intend to continue your support in the future?

“I hope to remain involved in the grass roots of motorsports provided everyone keeps drinking our products! Don’t forget they are available from ASDA and most other good stores!

Sam Collis is the Clerk of Course for this year’s event, now most of you will know that Sam is no mug on a map, no sir! A very passionate and extremely competent navigator, Sam is keen for any rally he is involved in to reflect what he enjoys. No tricky navigation designed to leave the crew frustrated; Sam is of the mind that if the event is kept simple for both Crews and Organisers, the outcome will always be positive.

“The Kick” is a classic, it isn’t a gruelling ordeal that will break crew and car, this year the route will total exactly 100 miles. Starting and finishing from Guy Robinson’s packaging company in Chesterfield, here is where the heart of the rally is. Robinson is no stranger to the event having won it several times, his generosity over so many years is part of the success of “The Kick”. Other crews out on the night are Carl Hawkins and Iain Tullie, Tullie fresh from a fine second overall with Steve Head on the recent Garstang and Preston Memorial Rally. Hawkins has always shone in his native Derbyshire and will be pressing the pairing of Robinson and his Welsh Navigator Max Freeman all the way. Another pairing of Ian Ainsworth and Stewart Merry are also in the fancied runners and riders for the event, but there is always an odd Dark Horse floating around. This event seems to attract interest from the BTRDA, and this year is no different, Neil Weaver makes the journey from

Woodpecker land in Ludlow with his navigator Michael Gilbey, Weaver, once 1400 BTRDA champion, is one to watch, and could really be the man who upsets the apple cart. A newcomer to the event is Andy Smith, who is shown in the entry list as being shown around by Carl Williamson. Prior engagements with John Stone has seen Carl have to step down, his replacement none other than Clitheroe and District Motor Club’s Terry Martin.. The author of this piece has prior experience with Mr. Martin on Derbyshire whites, and would remind Andy to ensure his exhaust doesn’t sit too low or that he will be treated to Terry’s world famous rendition of “Echo Beach” by Martha and the Muffins to drown any noise out…

So it’s a compact event with pre-plot, so how is it going to be decided? The weather forecast for the weekend is good, the roads should be clean after recent rain, the whites may be a little dusty, but are in good condition…. Hmmm..

Sam has a couple of aces up his sleeve, approximately 10 timed to the second sections, a couple of Farmyard Not As Maps and tests will hopefully take time from crews and once again keep them on their toes.

Here’s to the great success of this rally, to the continued support from Global Brands in the form of “Kick Energy” and from Robinsons of Chesterfield for nigh on 15 years of starting the event from their premises, weather and roads permitting, it should be yet another classic.

British Road Rallying would like to thank Steve Perez, Jane Houghton and Sam Collis for their time and help for this article!