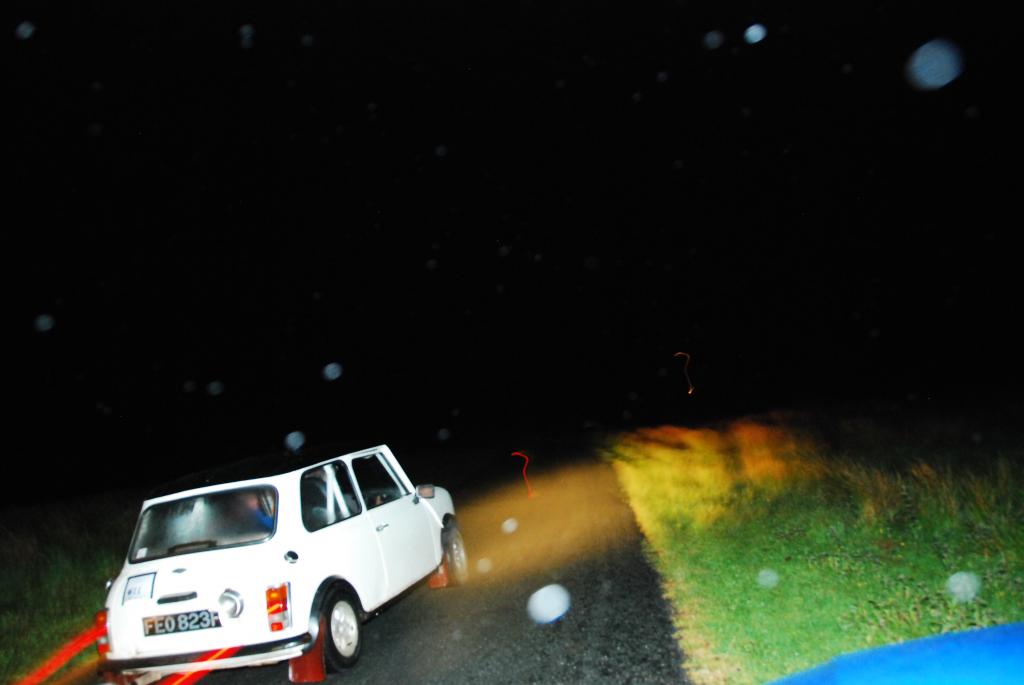 Garstang and Preston Motor Club bucked the trend in 1987 after targa time was abolished; it was one of a few clubs who actively embraced road rallying in a new format. It pushed on and through the endeavours of a small, tightly knit organising team, brought about the Gordon Musgrove Rally. This was organised for many years by the late Peter Duckworth, who with his wife Margaret, were stalwarts in the club, with people Like Colin Toddhunter and Terry May. Their no-nonsense approach to organisation paved the way for today’s Clerk of Course, Steve Kenyon. Colin and Terry still officiate on the event, as does Margaret. The name has changed now, to honour not just Gordon, but also Pete and another well known member of GPMC who passed away just after finishing a rally, Paul Coombes, it is now “The Memorial” to pay tribute to not just one, but several larger than life members of Garstang and Preston MC.

For those of you who haven’t visited this area, the roads in this area of the North west of England are challenging, there are open, sweeping roads with good visibility where time can be kept up with, but then there are the blind crests with a tricky slot right to catch out the unwary. Deep valleys with passes snaking through them give way to open moorland that allow drivers to re compose themselves but yet keeping the navigator pin sharp. When God made maps 102, 103, 97 and 98, he made this area with road rallying in mind. Steve Kenyon has been involved with The Memorial for many years, not just as an organiser, he has competed on his own club event. He has travelled afield too and seen the decimating effect that too tricky navigation can have on newcomers to road rallying. His approach to road rallying is to offer the top crews an interesting and challenging night, but also to allow the novices to find their feet and complete an event, something that the ultra cryptic rallies sometimes do not deliver and this then kills the enthusiasm of many crews.

The route this year of The Memorial started out from Myerscough Agricultural college, heading North up the A6, the first competitive section started at Hampson Green and looped round the tight and nadgery lanes near Forton before heading North over Quernmore via the infamous Kitt Brow Ford and into South Caton. The roads after Forton open out slightly into open, flowing moorland and fell side, with the odd tricky slot and tight corner to keep the crews on their toes. The section after is a different ball game, following on from the now defunct Dunald Mill Quarry in Nether Kellet, the lanes of North Lancashire open into some classic old “Motoring News” style roads, Red Well and Gunnerthwaite are two of the better known names of these roads, and it was here that Kenyon played his first ace in taking time from crews. Steve had sealed envelopes at a route check that had to be opened, the details entered onto the crews timesheet and then endorsed by the marshal. Cunning and time consuming stuff! This, with many timed to the second sections is a sure fire way to ensure time was dropped and crews were on the ball. It wasn’t without its problems, something the C of C is quick to acknowledge and has already addressed this for the future.

The second section started into the meat of the event, with competitors taking on fuel at Kirby Lonsdale before heading out through

Wennington and onto the North Side of Lythe Fell, which was going to be used in two sections on the night.. The fast flowing roads of Mewith Head and Keasden brought the crews into TC12, before heading south via Clapham Common into Gisburn Forest taking in some tricky NAM, and then heading up to Slaidburn. Lythe Fell made its second appearance of the night, a slot left and drop into Ivah and quiet section through Wray Village brought the rally to the infamous Haylot White. From here, Crossgill was traversed, and the equally infamous Abbeystead Hairpin to the North of The Trough of Bowland then saw competitors drop onto Harris End Fell and Dandy Birks White to the east of Garstang. This was essentially the end of the event, and a 30 minute run back to Salmesbury Village hall brought the event to a close.

Out of the 45 starters, ( this was upped from 40) only 7 crews failed to make the finish with a mixture of mechanicals, electricals and drowning out the main problems. Only 2 crews fell off the road.

The route was pre-plot, with no tricky navigation or problem solving, thus allowing the crews to concentrate on the task ahead, as stated previously, the C of C was of the mind to run as many timed to the second sections in as possible, thus allowing for a result to be obtained. It is testimony to the organisation of this rally that the top 4 crews were separated by less than a minute after 140 miles, congratulations have to go to Alex Willan and Ali Procter for the win, the first time Alex has won this event in many times of trying. Second went to Steve Head/Iain Tullie, last years winners who were neck and neck with Willan/Proctor going into the last card. Third was taken by Steve Retchless/Sam Collis in their beautifully turned out Mk2, Steve is a seasoned campaigner, and must have flashbacks to his incident on Lythe a few years ago, a sterling effort by this crew. Notable performances also came from Mathew Kiziuk & Matthew Worden who took the Novice section on their first ever event. Historic class was taken by Paul Gray & Sam Spencer, in their Mini Cooper, whilst top mixed crew went to David and Yvonne Wainright.

After speaking with several crews after the event, the stature of this rally seems to grow and grow, It is now being regarded as one of the top events in the North West, and attracts some excellent pairings. The aim of GPMC is to give good value for money with excellent motorsport.

Many thanks to all crews who took the time to speak with me, and to Steve Kenyon for his time and insight into the event.

Thanks to Greg Winstanley (s603.photobucket.com/user/m0tnx/slideshow/GPMC%20Memorial%20Rally%20some%20Pics) and Kev Haworth (www.facebook.com/kev.haworth) for all of the photos! Head over to their website for more photos and for contact details to buy yourself a copy!