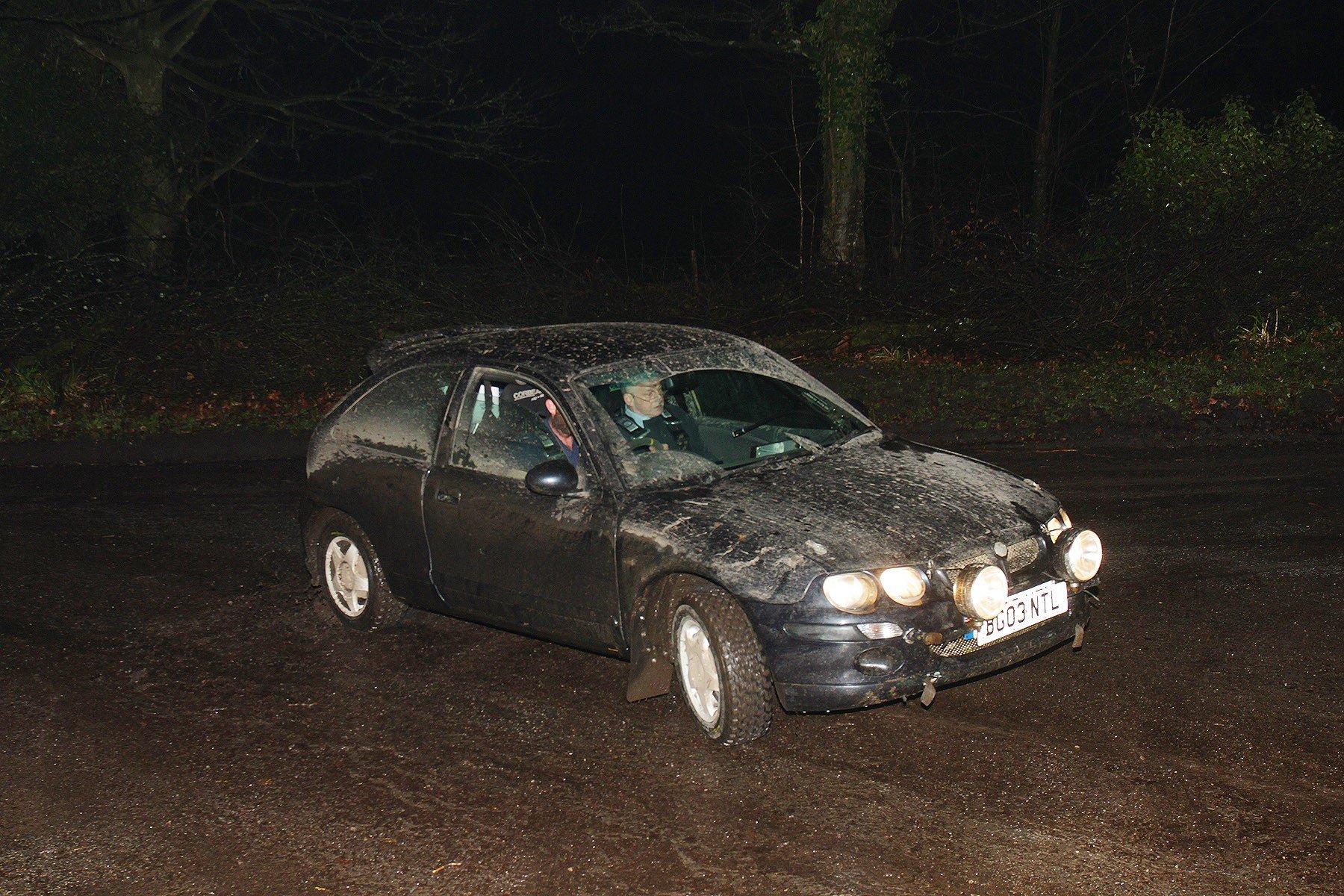 As we were both well versed at road rallying in Wales, a decision was made to attempt a well known top rally across the bridge. The Festival Rally, was one both of us had wanted to compete on for a quite a while, so once the entry was in and accepted, the build up seemed to last months! Looking back now, It proved worth the wait, having competed on a corker of an event!

Arriving at noise and scrutineering early, we quickly made our way to signing on, to feel prepared and settled down in an unfamiliar environment.

We knew a different format lay ahead compared to what we were used to. We were therefore pleasantly surprised to receive the route hand out at 6pm! A raised eyebrow moment, left myself as a nav feeling like Christmas had come seriously early!!!

The handouts were detailed, 8 test diagrams, 4 pages of LWR junctions, and a 130 mile route to plot, it was eyes down in car 20!

Taking almost 2 hours to plot a tricky route and realising that the ITC’s weren’t plotted, taking the extra time to dot the I’s and cross the T’s paid off…..preparation is key as they say!!

We had never competed together, but seemed to click into a rhythm that saw everything fall into place. Being hundreds of miles away from home, reading map 183 through a potti, felt like I was reading the home map of 145! It was accurate!

The first half was intense, the left seat was a busy office. The route was a corker, Kevin attacked the tests like a boss and the marshals were well briefed in their role. We were both grinning like children at the end of each test, probably down to me laughing and enjoying Kevin’s commitment and also at the cars ability to rev to 9500rpm. We were having a load of fun!

On section NTC3L, which was a section down a white, I called a slot left early which saw us follow tracks into a field…..we quickly realised that we were wrong and headed back out. This saw us drop 1min 15 seconds! At the time we weren’t bothered, but in hindsight, it cost us!

We arrived at the petrol halt just outside Mere, having driven a solid first half, we were both happy. As a nav, you know when you are there or there about’s in the results, especially when the general talk was that other crews had dropped a lot of time and had picked up fails etc!

The leading crews had dropped about 13-14 minutes, I knew we had dropped just over 14, so I was happy. I kept this knowledge from Kevin and told him that we were doing fine, he was to keep to the original plan of getting to the finish!

The second half began with some cracking selectives, taking us from map 183 onto 184, then quickly back onto 183… the level of concentration needed from driver and nav remained high.

Shortly into section 6, a loud bang came from the transmission when we pulled away from a control. The clutch was at fault and this saw us nurse the car through section 7.

Arriving at ITC7C, we had dropped a minute over the 8 minute section, I knew it was easily cleanable, but I had to keep Kevin on task of getting us to the end!

Test 8 was another corker and as it was the last test of the rally, only the 9th selective remained.

Selective 9 began east of Bruton, with a 5 minute section timed to the second, this included a cow track diagram. As the clutch was holding, we decided to up the pace slightly, but not go silly! It was by now 4.21am and having been rallying for almost 5 hours, fatigue had set in. We departed the cow track after PC38 and I called “100 yds…9 right into 9 left”. It was at this point we almost threw all of our efforts away!

I could tell Kevin wasn’t approaching the 9 right as he had been doing all night, so I called again….then shouted again! It was too late….the back stepped out and we climbed the bank. We were going over, but with just enough speed still remaining, we landed on 4 wheels and pointing the right direction!

The last selective was timed to the minute and as a driver when someone is catching you, your natural reaction is to drive quicker. I had asked Kevin to drive it steady as we were going to clear it. A car was catching us and I could tell he was checking his mirrors and picking up speed! A few stern words did the trick and he backed off, we arrived at the last clock waiting for our time and the chasing car firmly lightning up the rear view mirror!!

The fact of knowing we’d had a top night saw us laugh and joke through the non comp road section back to the finish, to smash a well earned breakfast!

The results at petrol were up and we were lying 3rd O/A. Chuffed was an understatement.

The provisional results had moved us up into 2nd O/A and 1st in the masters class. Although Kevin had finished this high before, it was all new for me… inside I was having kittens!!

So after 6 hours of rallying, a 5 hour round trip from Carmarthen, we left Westbury on a massive high!

Credit has to go to Bath MC for putting in a massive amount of effort into setting out the route and organising some outstanding test sections.

This rally is a must for any crew who want the ultimate driver and nav challenge.

We will be back next year without a doubt.

Thanks to M&H Photography (www.mandhphotography.co.uk) for all of the images. Make sure you check out their page for more examples and for details on how to purchase yourself a copy!