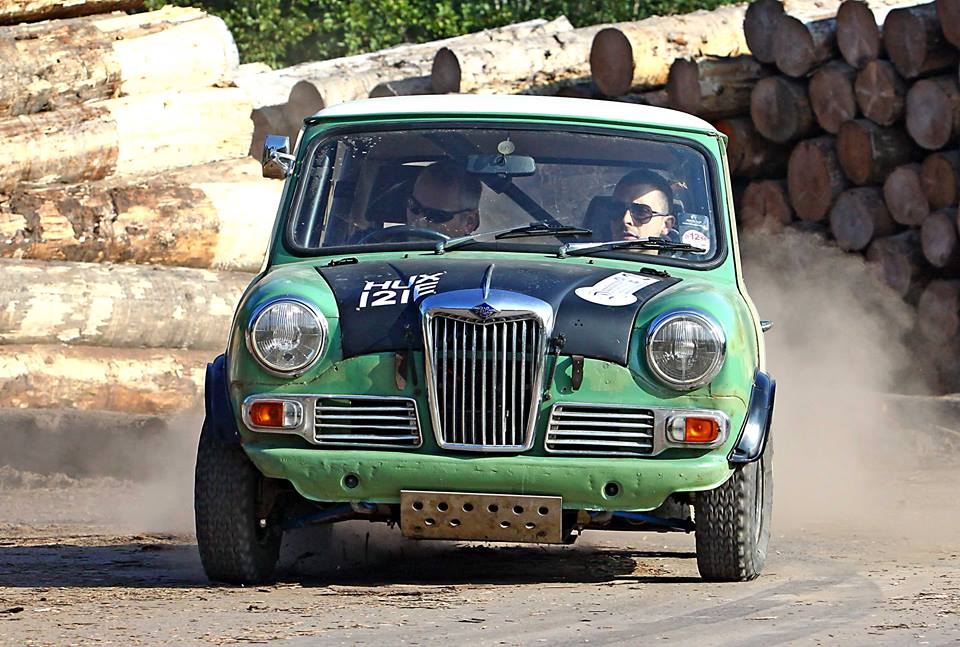 The Doonhamer Classic Rally is based at the Barony Agricultural College just to the north of Dumfries. It is run by the South of Scotland Car Club (SOSCC).

Many Classic rallies balance tricky navigation and regularity sections with tests (some events being a proper nightmare with the navigation!). Not the Doonhamer; its all tests.

If you think for one second that there is nothing for the navigator to do then you would be so wrong. OK on the road sections, between tests, it is just a matter of keeping your driver on the correct road but it is on the tests themselves that the navigator needs to be really switched on.

This year there was a total of sixteen tests. Four of those test were repeats.

What the SOSCC do so well is have an excellent mixture of surfaces and complexity of tests. Some of the tests are tight and knadgery and best suited to cars like a Mini. Others are long and flowing and the Escorts are in their element. Some are in forests and on gravel, some on broken concrete and some on tarmac and others on a mixture of all 3. Most are almost as complex as a full-blown autotest and that is where it is so easy to get it it wrong (although the forest sections are very similar to a stage)

My ride for the day was with Nigel Cardale in his Ford Anglia. I kept telling everyone it was a 997cc but in truth it is a 1598cc. We managed to get round the whole event without any wrong tests but that was not from a want of trying by me!

We had a couple of other problems that hindered our progress. First up was that the engine decided to cut out whenever Nigel took his foot off the gas and then refused to start on the key. Next was the steering. Whenever we got onto full lock the steering jammed and on several 360’s we appeared to the marshals to be attempting a 720. Either on their own we might have coped with but when you have gone round a cone and the car wants to go round again and there isn’t enough room or time to get it straightened up, you take your foot of the accelerator and brake, and the engine dies. We managed but only just.

Finished 14th O/A and second in class. Would have been 3rd in class but Tom Hall (who was in our class) managed to pip Archie and Richard Simmonds for 1st O/A and we got promoted.

A really good event and I am surprised more crews dont travel over the border to do it.

Thanks to Tony North for all of the photos!