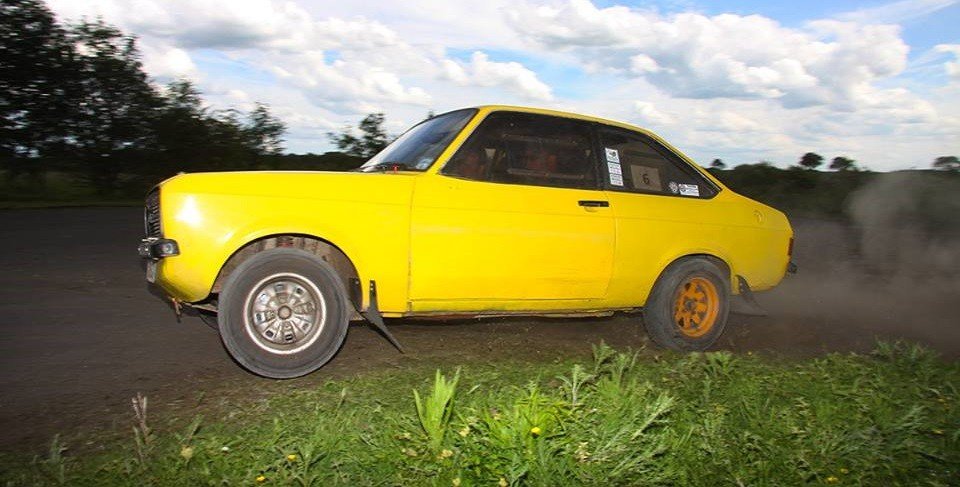 Landing on an overnight flight back from Rally Barbados just a few days earlier, and the ensuing Jet Lag was not the best preparation for the West Suffolk MC Debden Targa Rally.

Luckily I had prepped the car before going away, so the only real pre-event prep work was a quick ‘test’ drive and to pack up the spares car (my MG ZR).

With the weather forecast looking a bit wet for the day, I packed a set of wets as well as the mixture of very worn Yoko A048R’s and A539’s.

After a far too early start we headed off to Debden airfield, now an Army training base with lots of runways, but also many access roads with a good covering of gravel.

In a change to the normal Targa’s, Suze was driving first, this meant I had to engage my brain with the maps and venue before driving any of the tests. The event ran two tests in the morning each ran three times, these were then reversed and altered a bit again run three times in the afternoon. WSMC suffered a loss of potential test areas late in the build up to the event, which lead to the loss of a third test. This did mean though we got to do each test a third time which was enjoyable as you really knew where you were going by then.

The first set of tests went well in both seats, but it was clear that the very worn Yoko A048R’s wouldn’t be lasting the day. With the tight tests and hot weather the front tyres were taking a lot of abuse. During the day we used x4 very worn A048R’s and x2 A539’s, which kept us busy during the day swapping round wheels. By the end of the day a pair of the wets were on the back of the car!

The second and third runs of the morning tests, went smoother with us both learning the venue and as some of the gravel was cleaned away.

After lunch the tests changed a bit and were reversed which gave a very different feel to the event. During the afternoon we pushed on hard, especially on the gravel test which I enjoyed a lot, being able to throw the car around. It is really enjoyable driving on gravel on top of tarmac/concrete as the car moves around so much, but with a committed line and approach you can still carry a lot of speed. Although a bit too much at one point where I needed up facing the wrong way after a slippy open 90L into HpR, luckily I was able to select reverse mid spin and reverse back quickly and loose very little time.

During the day I managed to set 4 Top 5 test times including a 3rd fastest test time on the final gravel test, which was very pleasing!

By the end of long hot day, where the car performed faultlessly (apart from one broken rear ARB mount) and very fortunately for me a cone penalty free day we ended up :-

Thanks to M&H Photography (http://www.mandh-photography.co.uk) for all of the photos! Make sure you head to their website for more examples and for details on how to purchase yourself a copy!