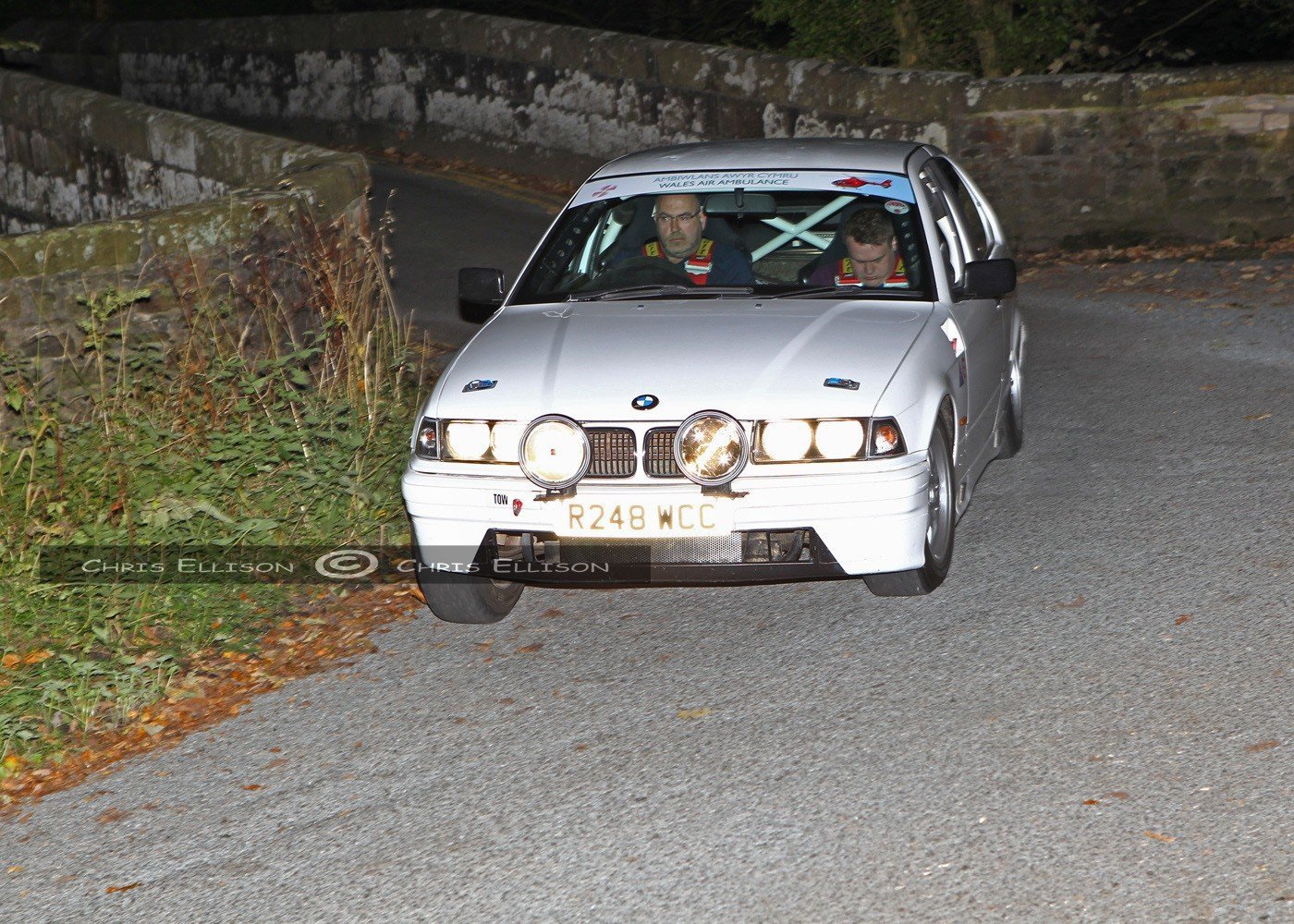 Oh Joy! Another stonker of an event.

Last month I wittered on about how good the Morecambe Rally was and low & behold we have another straight after it. Does it get better, Road Rallying in the North West is getting so good these days and we still have the Illuminations and Preston Regardless still to come. What we now want is the Lonsdale Belt back in the Calendar (Pretty Please Dan).

The Clirtheronian took place on maps 97, 98, 102 and 103. The start venue, Noise & scrutineering all taking place at the Darwen Services at Junction 4 of the M65. I don’t think anyone had any serious problems with either although Geogia Shiels, on her first ever Road Rally, had to remove her lamp pod and cover up the Kick Energy signs on her old F1000 Micra. Pete Jagger got a bit of extra seat time before the route instructions were handed out (see Route plotted) and some of my guesstimates of where we were going were correct, although most of them were well off.

Neutral up the M6 and then the A6 to just above Myerscough College to TC2. Out of TC2 and almost immediately into the 1st SGW with a CB at a grass triangle. Ayrton must have thought it was a NAM and after getting the CB turned left instead of right (quickly corrected) and at the next junction I slotted him up the wrong road – Quick turn around but the damage was done and we dropped an unnecessary minute at STC3. It was then down over the bridges at Brockmill, to the west and north of Beacon Fell and over to Oakenclough to STC5 (STC4 there was no marshal).

Neutral through Oakenclough and the next competitive is Harrisend Fell to the deceptive and tricky junction at Street, down to Stonehead and then over Marsha and slot left down to Abbeystead. Neutral through Abbeystead and then it’s the Trough – reasonable enough time and I am happy. Neutral through Dunsop Bridge, Newton and Slaidburn before the long run up Lythe Fell. You certainly know its only a one litre as it slowly chugs its way up the very long climb away from TTC10. Once Ayrton has got a bit of momentum in the micra we are going fairly well but as soon as we get over the top and start the decent we are flying. We slot left just after Bank End Farm on the road to Ivah and I can see the tail lights of Paul Flynne in the distance. We very quickly catch him up and discover why. He is stuck behind a local who is wandering from side to side at 10mph (probably a little worse for wear). Eventually, said local turns left at Swans and we are off again – we were ‘off’ a bit more than we intended when the micra lost traction on some loose chippings on the approach to the bridge before Helks Bank Farm and we caress the bridge leaving a bright red line on the bridge and a broken O/S head light for us. Matt Flynne tells me at petrol that the ‘local’ cost him 7 minutes – I think he cost us an extra 3 minutes—but at the time it seemed like an hour or even more!

From Botton Head its over White Moss to finish the section just outside of a Neutral through Wray and Hornby. Last section before Petrol at Carnforth is to the South & then West of Gressingham followed by Gunnerthwaite. Time dropped in first half was 10m 50s – take off the 3m, or thereabouts, and we would have been lying 5th not 15th – Ah Well, That’s how the cookie crumbles.

Refuelled and after a quick check that the damage was only superficial we head up to Burton-in-Kendal for a run over Hutton Roof. It turned out to be a bit of a waste as the Marshal at High Biggins was missing. Neutral through Kirkby Lonsdale and then its up the Roman Road and then Barbondale.

We very nearly run into the back of the MG of Derek & Andy Long at the SGW outside of Barbon as they get the CB. We chase them up to the NAM at the next junction and just after this they pull over and let us pass. Ayrton has got the bit between his teeth and not long after we catch the Proton of Matt Broadbent & Joe Cruttenden but there is nowhere for them to pull over and we follow them into STC18.

Neutral Round Dent to Dent White. Dent White, slot right at Cowgill then have a long wait (easy cleanable) STC20. Back towards Dent and slot left for Kingsdale.

We leave the control at the start of Kingsdale on the same minute as Matt & Joe in the Proton, quickly pull over to let them pass on the uphill and they reciprocate on the downhill and let us pass. Kingsdale has some horrendous ‘Not As Map’ bends with open air drops into the valley bottom and the organisers had the good sense to put CBs just before these hazards. Still didn’t stop Ayrton taking off on one of the jumps for so long that I had time to ask ‘How long before we land?’ before we actually did. His comment ‘I have never been that high before’.

After Kingsdal it was a Neutral through Ingleton to Whinney Mire which was the start of the section out over Gisburn Forest. We catch Derek and Andrew Long in the MG as we come up to Mewith crossroads but then they pull away from us as we head up the hill to the top of Clapham Common.

Once again (after we have got it wound up and a bit of momentum going) we catch and pass Derek & Andy then Joe & Matt in the Proton, both crews chasing us in and out of the NAMs along the way to the end of section at Stoney Bank.

From the end of Gisburn to the finish all the sections were easily cleanable but that didn’t stop us having a big moment as we approached the Roman Road White. The road leading to the white is some 3/4 of a mile long and dead straight before turning sharp 90R at the start of the white. The white looks very tempting and despite my screaming ‘90R in 100 yrds’, Ayrton didn’t seem to understand until it was almost too late and we slide off the tarmac and down the white, first sideways & then backwards before its pointing back up the white to the junction where we see Andrew & Derek Long heading towards us – Quick 90L and we are still in front and crack on, only to have another long wait at the next control.

Its still only Ayrtons 1st year Ralling and the 3rd event out of a total of four rallies done that I have sat in with him. So far we have a 7th, 10th & now 11th (its all going the wrong way)

Cracking Good Route, Good Paperwork, Great organisation. Really enjoyed it. And lots and lots of thanks to the Marshals

Oh and Martin & Rob Lloyd in the BMW Compact won it with total penalties of 13m26s although it so easily could have been Dan Willan/Ian Tullie in the Proton as 1st O/A but Dan dropped 17m23s on the 1st half with some engine problems (at the petrol halt the bonnet was up and it was steaming) don’t know what it was but in the 2nd half they only dropped 2m36s (still got 8th O/A) whilst the Lloyds dropped 6m26s. Ayrtons dad Tony retired after Petrol when his Proton decided that 3 cylinders was enough.

Thanks to Chris Ellison Photography (www.facebook.com/pages/Chris-Ellison-Photo) & Joseph John Gilbertson (www.facebook.com/joseph.j.gilbertson) for all of the photos! Make sure you head to their pages for more examples and also for details on how to purchase yourself a copy!