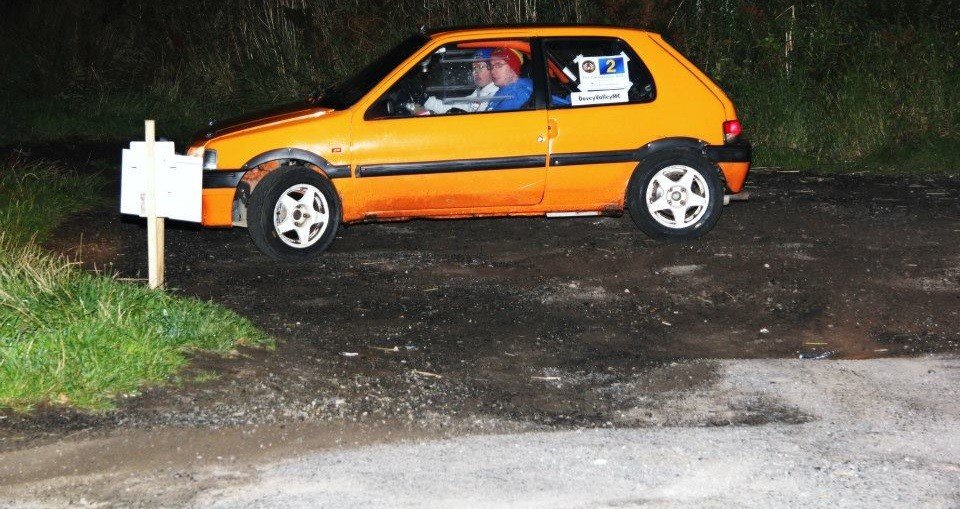 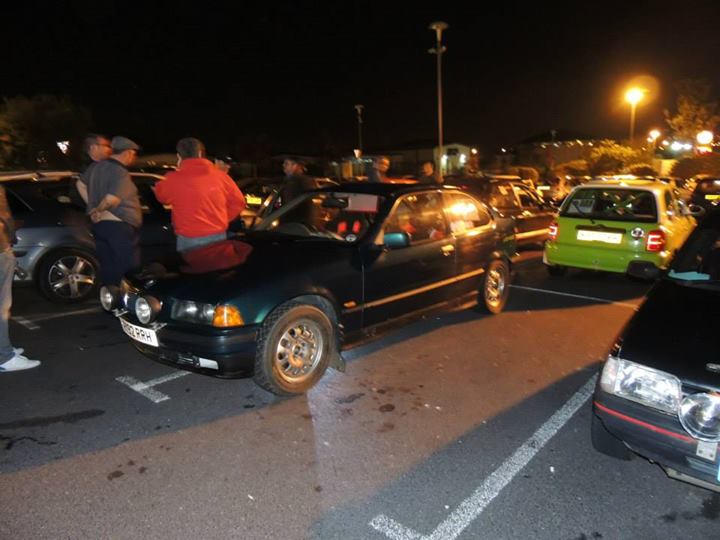 A full to bursting entry of 45 cars made the start of this years Hayhursts Clitheronian Road Rally. This year saw the first time the club had run the event under a road rally permit, which allowed for a change of style and direction for the planning and route delivery for the crews.

The rally was based in and around Darwen Motorway Services on Junction 4 of the M65 Motorway, here crews were given their first instructions and awaited the full route some while later. The sense of anticipation was palpable, several top crews were out, and some notable names from past Motoring News events were interspersed across the entry. However, the up and coming young guns were also out in force with some beautifully prepared machinery being presented for scrutineering. This year the event was running as full pre-plot for the first time and with the fell sides and moorlands available to the organisers in this area, the winner was going to have to be pretty nimble.

First car away was last year’s winner John Leckie, he was partnered by Rick Bestwick but was under the cosh straight away from the charging Clio of Neil Weaver and Sam Collis, snapping at their heels were Jonty and Nick Bloxham in their Peugeot 106. Other crews that were equally committed were Myles Gleave/Jason Crook and Clitheroe Club members Tony Harrison and Paul Taylor. The route started out from the services, a transport section saw the field start the event at Longridge Fell and head North via Bashall Town to end the first competitive section, from here the Rally went North East skirting through Cow Ark and by passing Slaidburn to the first real “meat” of the event through Gisburn Forest and on up to Keasden Crossroads. It was here that Weaver displayed his class and was flying, Jonty Bloxham pushed hard but couldn’t keep pace with the Ludlow based driver. The old guard weren’t letting the young ‘uns have it all their own way, with stylish and committed driving, Steve King battled with Steve Retchless, echoes of the late 80’s flooding back. One crew who were at a disadvantage tonight from the flowing roads were Pete Tyson and Neil Harrison as 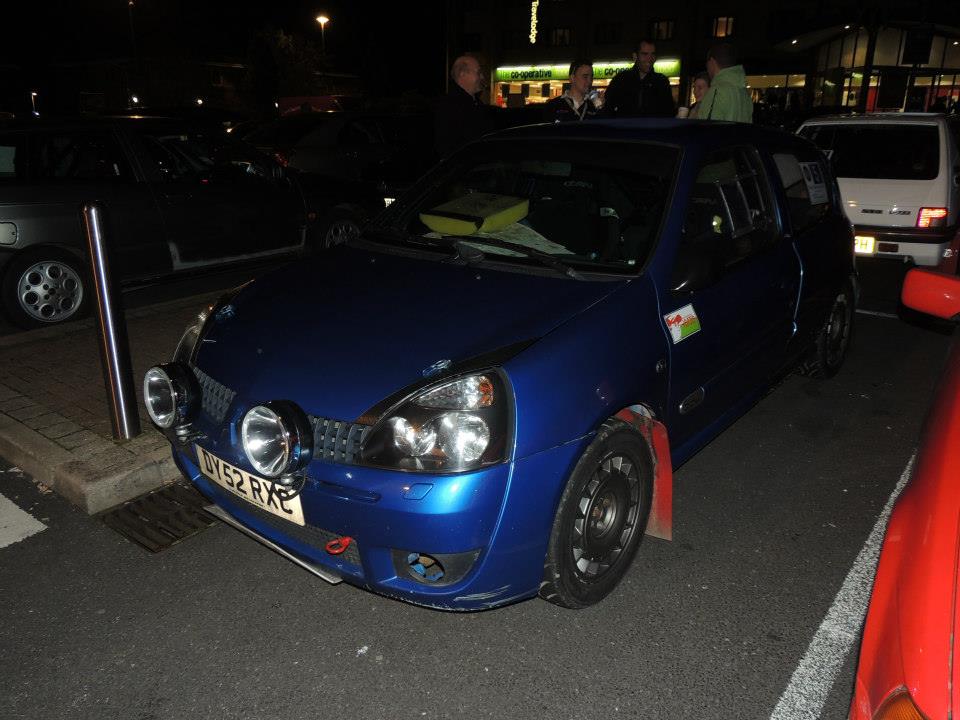 they flung their Mini through the night, “Tyco” admitted that he could not match the pace of the more powerful machinery. Lurking in the background were Myles Gleave and Bentham based Tony Harrison waiting to see if the wheels would fall off anyone’s wagon. One of the drives of the night was happening further down the field, setting off at car 22, Wayne Lander and Rob Lloyd were on a flier, with only 5.05 dropped up to petrol, they were a dark horse in the middle of a quality field.

After Keasden, crews headed back south and re-entered Lancashire from their brief spat in the White Rose County, here saw classic moorland roads, Lythe Fell with its open peak dropping into steep valleys towards the end give way to another stern test in the form of the Trough of Bowland. Starting from just outside Dunsop Bridge, crews took in the infamous not as map Trough, it opens from a steep gorge and gives way to fast open roads that throw in some surprises for the unwary in the form of Abbeystead Hairpin, a drop back into the twisty and narrow lanes this area is famous for via Street, a slot left at Pennington and Redmonds Wood saw the rally take in Petrol at Forton Services.

Amongst the classes, Tyson/Harrison were in the top ten and leading the historics comfortably, local semi-expert crew Jeremy Dale and James Chaplin were superb in their distinctive Alfa Romeo 145 and heading for a quality top ten finish. Clitheroe member Paul Flynn had Garstang and Preston MC’s Ian Farnworth sat with him, Flynny pushing hard for his Novice class win, all the more admirable as Ian can suffer from Mal de Nav, a sterling effort from both members of the crew.

After petrol, the route saw a mix of open moorland and twisty wooded roads to test the crews, straight off the mark, The Bloxham’s were at John Leckie, passing him on the run up to Harrisend Fell and streaking away, it was on this fell that the rally was won, and in Neil Weaver’s case lost. Pulling out of a Not as Map control, 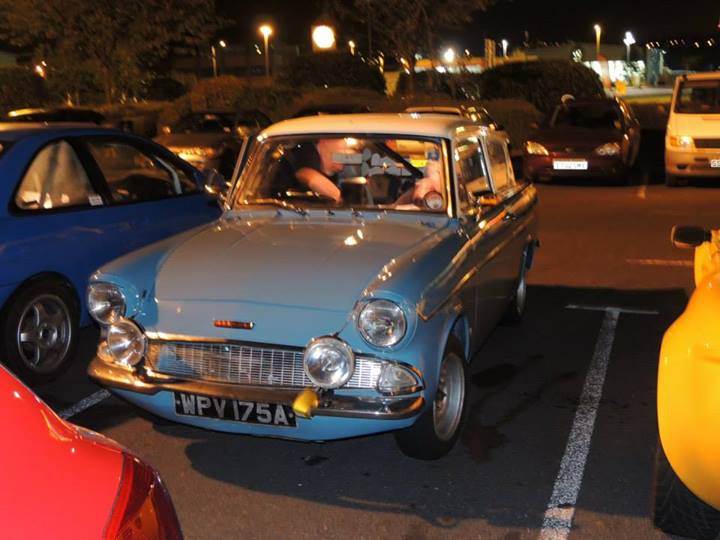 Weaver’s Clio span a wheel coming off loose onto tarmac and broke a driveshaft, this ended a stunning drive, but with a repetition of what happened recently on The “Rali Mon” in Anglesey. From here it was headed back via the tight and nadgery Brock Mill, the infamous “Jack Anderton Bridge” just before not for the faint hearted with it’s steep drop and climb on entry and exit to it, from here, skirting Parlick Hill and on through Blacksticks to the last competitive control at Lockhurst Farm, the event wound its way through more open and classic Lancastrian lanes. Lander, dropped some time on this section and almost lost his place to John Bossen/Max Freeman.

The crews made their way back to the finish at Darwen, an oversight by the hotel’s management saw crews having to patiently wait to be allowed in for a well deserved cuppa and breakfast! It was here that the results unfolded and the news that Team Bloxham had won the event by 47 seconds from Gleave/Crook. In third were Retchless/Tullie, a further minute and a second back. Steve King/John Hawkins and Tony Harrison/Paul Taylor made up the top five on the night.

Clitheroe and District Motor Club put on a very well received and well presented route, after speaking with many crews it was clear that this event is going from strength to strength and has justified how quickly it filled it’s entry up.

Thanks to Kev Haworth (www.facebook.com/kev.haworth) & Mark Warburton (www.facebook.com/mark.warburton.167) for all of the photos! Head over to their websites for more photos and for contact details to buy yourself a copy!