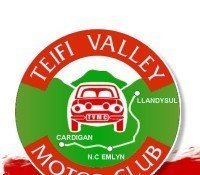 It’s that time of year again, the popular as ever Cilwendeg Road Rally, run by Teifi Valley MC and sponsored this year by Forge Aberaeron.

The event which starts at the Cattle Market in Newcastle Emlyn is always oversubscribed with entries, this year being no exception with reserves at the bottom of the entry list. The event also run a different class structure to usual, Class 1 being Masters, crews who have won an event, Class 2 being Experts consisting of crews who have come in the top 10 of a previous event and Class 3 being everyone else.

The lanes around the Newcastle Emlyn and Llandysul area will soon have hundred’s of people awaiting in anticipation for the 75 crews to come past, but the usual question; who will win?!

Leading the pack are multiple Cilwendeg winners John Davies & Eurig Davies, both local and being members of TVMC I’m sure this helps. John is back in his bright green Mk2 Vauxhall Astra after using a few different cars on recent outings including a 1300 Daihatsu Sirion! Eurig hasn’t been seen much in the lanes this year, but the recent outing on the Autumn with John will surly of been a practice for this weekends event!

Second away is Gethin Morgan & Steve Herbert in the Mk2 Escort, Gethin is another local competitor that hasn’t been seen in a while, having his last entry in on last years Cilwendeg which didn’t quite go to plan. Steve is  regular competitor recently winning the Rali Bro Ddyfi with Dale Furniss.

Third off will be Arwel Hughes-Jones & Dylan John Williams in the blue Mk2 Escort. Arwel’s had some great success so far this year winning the Mon, Meirion & PK while Dylan having just as much success winning the Mon, PK & Llyn, but all events have been around North Wales, will the crew be victorious on this years Cilwendeg?

Fourth away is Dyfrig James & Emyr Jones in another Escort. Both local again with Dyfrig being a TVMC member and Emyr from nearby Llandysul MC. The crew came 3rd in last years event, with the winners and runners up not competing this year, does that leave the gap open for the pair to take the win this year?

Fifth on the entry list is Adrian Jones & Aled Richards in the ‘IDZ 555’ Impreza, yet again another local crew in the top 5. The crew have had a couple 3rds this year on the Night Owl and Bro Caron so they will be looking to better their success this year on the event.

Further down the entry list the usual paring of Andy Davies & Lee Taylor have split for this event, and running in cars 7 and 8 respectively. Andy is joined by fellow Lampeter & District MC member Cadog Davies who had his first win this year on the Ystwyth. While Lee is sat in with Rhodri Evans in the Mk2 Escort, having a 2nd overall on this years Barcud I’m sure the crew will be pushing for the top spot. This will be one battle to watch, who will win, Impreza or Escort?!

Bringing up the rear of the Masters class is the Civil Service Motoring Association and Tavern MC pairing of Owen Turner & Georgina Clark in the Endurance Spec MG ZR. This is one crew who could upset a few local crews, Owen proving that the car is more then capable of winning a night event against more powerful machines.

First away in class 2 (Experts) are Wyn Owens & Jenny Evans in the Mk2 Escort. The crew have previously won the local Classic Tracks event (Clubman status before anyone says…) so I’m sure if the event head’s down any whites they will be one of or the quickest crew down them! Several top 10 results this year and a 5th on last years event will be in the back of Wyn’s mind, pushing to be in the top 4 this year!

Steve Knibbs & Gerwyn Barry (Corsa) are next away in class, with recent success coming 4th overall on the Autumn the pair are verging on that top 3 spot. Again another crew with a Top 10 on the Classic Tracks and the Ystwyth so they’ll be hoping to make up time down the whites where some may back off.

Local crew Gareth Thomas & Edwin Venville (Escort) are the third crew to set off in class two. The pair haven’t been out in the lanes for a couple years but with good local knowledge these two shouldn’t be doubted. Maybe a slow start as they get back into things but the times during the second half should be up there near the top.

Back in car 26 Malcom Jones & Rhys Jones should be one to watch in the class in their Proton Satria. The pair were leading Carmarthen MC’s Autumn at petrol and coming in second at the finish with less then 30 seconds behind the lead. The pair won last years Kidwelly Targa event and a win in the lanes is on the cars soon! But will it be this weekend?

Close behind them in car 27 is Nick Evans & Ian Taylor from Ammanford MC. Nick’s flamboyant style of driving his AE86 Corolla makes him a favourite for many spectators and he’s still quick while being sideways!

In the new style Mini are the TVMC pairing of Hefin Lewis & Gethin Sollis. The crew won TVMC’s last event, the Rali Bro Preseli, so will be looking for a pot in the class. Great to see the newer shape Mini’s being used, but not quite the ‘newest’ car of the field.

Near the back of the class in car 38 are Jamie Jones & Jordan Jordan Dziadulewicz. Jamie drove his Impreza to second in class on the 1000 Lanes while Jordan took the class win. Jordan also had a top 10 in the Autumn bringing him up to class 1 next year. These are two to watch out for in 2015!

Not too far behind in car 40 are Matt Bowyer & Mark ‘Rodney’ Rodway (Impreza), with a 5th overall on the Autumn the crew will be moving up to class 1 next year so I’m sure they will be out to prove that they are worthy of it! This will be one to watch in the class.

Leading the final class, Semi/Novice, away are Rhydian Morgan & Robert Stephens in their 205. They came 4th in class and 20th overall last year so I’m sure they will be pushing that 205, hunting for a pot in the class this year! Success has been had this year, but will they beat their class position from last year?

Second away is Mark Jukes & Dafydd-Sion Lloyd in the second AE86 Corolla. The crew will be hunting the top position in class after having two seconds already this year on the Ystwyth and the Rali Bro Caron. Mechanical problems held them up on the 1000 Lanes so hopefully everything will run smoothly for the pair this time.

The peoples champion is away third with his heavy right foot… Huw Tagg guided around by Michael Williams, both from HOVAC, will be looking for a good result after recent success on the Autumn. Another crew with mechanical issues on the 1000 Lanes, this time causing them a DNF. Will be 206 be running as it should this time around? (Probably not… It’s French!)

Reian Jones has got confused and put his name down to navigate. The poor lad driving being Tomos Lewis in the Escort. A recent outing for the pair on the Barcud didn’t go quite to plan, withdrawing from the event, but I’m sure they will be out for a good night and plenty of skids this weekend!

Adam Pickersgill & Iestyn Pynn are heading back into the lanes in car 54, apparently a 205 but rumour has it he will be borrowing a locals newly built Mk2 Escort. I think he’s mad…

Dion Bee will be one to watch in the Civic while he is building up his Nova. Shame about the nav…

Bring up the rear of the entry list is Teifi Valley crew Dennis Davies & Nia Gibby. It’s always worth staying till the last cars if your a spectator as these can be some of the most enjoyable to watch. Local knowledge should help the crew and if one crew pull out they’ve already beaten their seeding! No pressure!

Map 145 is awaiting the 150 competitors to battle it out on the most popular event of the year. The weather forecast looks to be wet on Saturday morning so the lanes will be slippy, and rain coming in again around 5/6 on Sunday morning, so may catch some of the back runners. Good luck to all! See you at the start.

Who will be the most entertaining? Who will improve most on their seeding? Who will end up in a ditch? But most importantly; Who will win the Cilwendeg 2014?