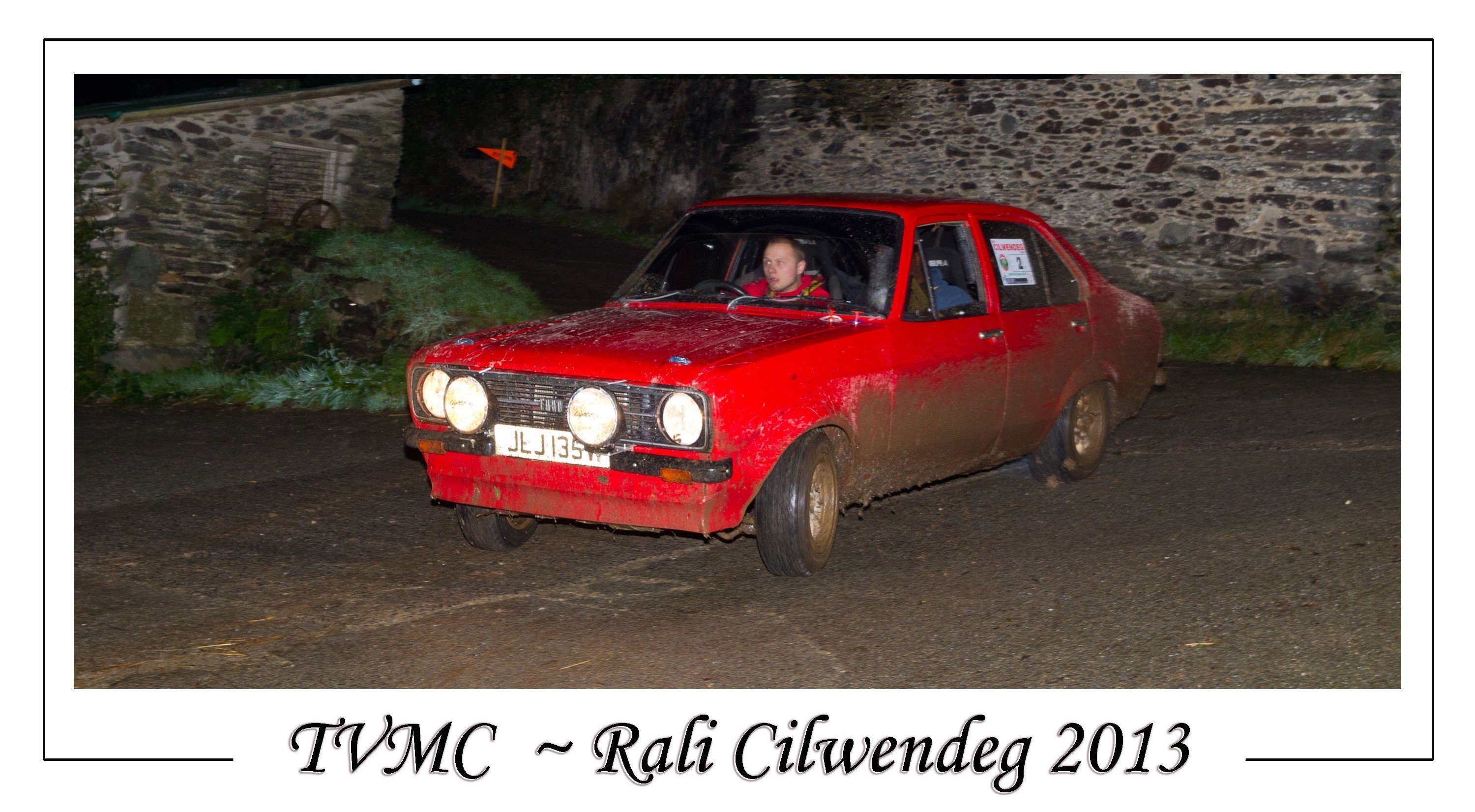 The Cilwendeg started for most back on the 15th of September when the annual rush to get an entry in started! I dread to think how many envelopes Meinir Davies received on the first morning! And then the wait came for the entry list…

…Reserve 2 in Class 3. That was good enough for me as all entry’s for the event that have been sent in before have been returned with the cheque! I was sitting in with Jonathan Davies on this event, after having his Mk2 escort blow up the diff on the start-line of the Kidwelly Targa the plan was to use a 1600 corsa. Either way, the wait for news on a spin started!

The day before the event I had a call before work saying we were up to reserve 1, almost got a spin! When my lunch break came round I had a missed call, we had a spin!

This year the Cilwendeg has moved start locations due to the earlier start, the rugby club at Newcastle Emlyn looked a perfect location with enough space for all the cars and a well kitted out club house to keep everyone out of the rain!

Then the text’s started coming! Car problems! The corsa was having engine issues so a diff was sourced and put into the escort the night before, but a problem with the hydraulic clutch was causing problems, problems which meant we didn’t have a car ready. I was gutted! So I pulled the entry and offered my services to crew’s who were still looking for marshals.

With the marshal spot a little way into the night I set off to Parcau Farm to watch the first test. Luckily the rain had stopped by the time I got there and waited for some of the guys from Uni to come up.

Several cars were pushing it through the farm, Kevin Davies & Dale Bowen looking the fastest as they hurtled up the hill the other side of the valley. It was slightly different then when the Classic Tracks used it, with a extra loop at the top. Coming down from the top of this loop looked extremely steep and many of the top crew’s weren’t backing off at all! As the numbers grew the pace dropped, with several people taking it easy as this was the first test.

So we moved onto the car boot site ready to watch the 5th test. The amount of cars parked a long the road outside was ridiculous, only even seen it this busy on the Cilwendeg! Upon arrival to a very muddy field with cars sliding everywhere we found out that the 5th test was cancelled due to the field being so cut up. I found myself, for the second year running, sitting in a car calling out grid references for Michael Gilbey. (And also listening to the many people who he had delivered post to along the route!)

So now onto the lanes! We headed off to a tight slot hairpin left near Rhydlewis. We arrived walking down the road as car 1 slotted in from the left and went down the road in front of us down to a control. We quickly sprinted down the road to try and stay out the way but we soon hear the sound of a escort up the hill. So a quick scramble up the bank out the way as Kevin Davies fly’s down the hill past us. I’ve never seen anyone go into a control with so much aggression! The brakes we slammed on, a bit of a wiggle from the back-end and then the handbrake came up! He managed to stop finally as a bit of a angle and then launched off down the road. Everyone was fairly good through the hairpin with a few exceptions. One person not sliding around enough and attempted to reverse to give it another go but ended up scraping all the way up someone’s wall! Chris Hand was on full chat into the hairpin. Hat’s off to him! He can flick that BMW! Also a good effort to Matt Broadbent on getting the Volvo beached on the junction! Did think the car behind was coming fairly soon!

The final spot for the night was just below Llandysul just off the B4459. We headed up the road just to find a spot to watch and we came across a very tight triangle right with a control on the exit. It didn’t even look like a triangle, it looked like the bushes had just be cut away a little to make it into one! First in was Kevin Davies, no sign of John Davies (turns out he had an accident at Cwmtutu, hope both crew are OK!). The speed Kevin came in was unreal! The surface was mud, no sign of any gravel or stones, just mud and grass. Standing in the gateway on the outside of the triangle scared the life out of us when he came in, but some how (would like to know what tyres he’s running!) he managed to stop and chuck it back down to the road.

It soon started to chuck it down and the odd rumble of thunder and flash of lightning made the conditions quite back for spectating! Especially without any wet weather gear! With the time getting on for around 3am, gaps were getting bigger between the cars so the decision was to head home!

Well Done to the organising crew on which looked a very tough and exciting route! Will hopefully be competing next year! 4th year lucky!