A lot later then planned due to various reasons, but the 2014 Awards votes have now been collected (all 4 thousand of them!) and counted and I can announce your winners! 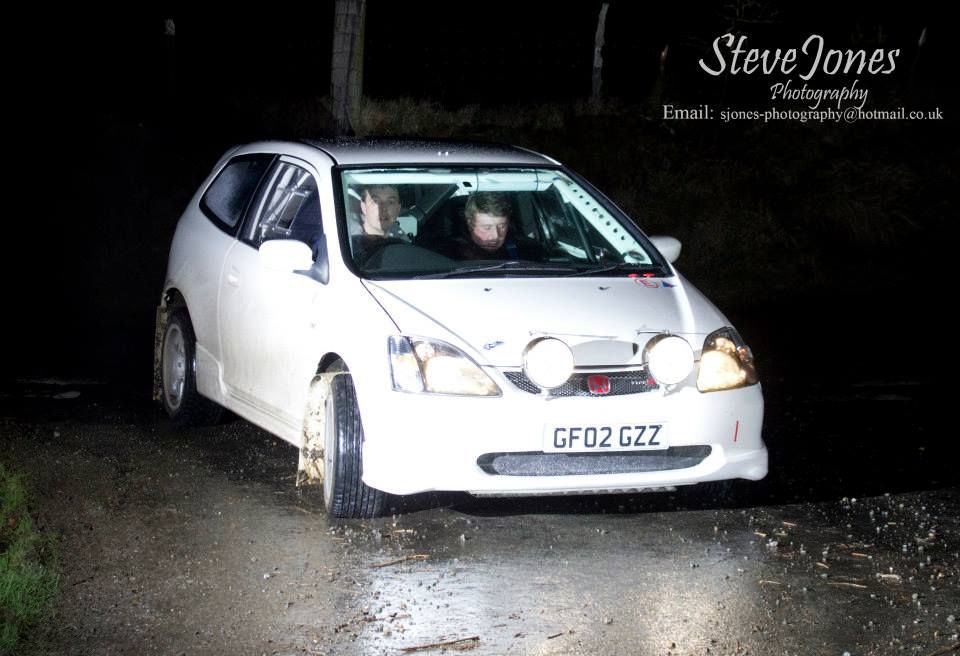 Gary Ollerenshaw’s screaming Civic came onto the scene in March when along with Robin Evans they entered the popular Rali Llyn on the Llyn peninsula. Seeded back in 69 they were in the top half of the Novices, with it not taking long to prove to the waiting crowd what a machine it was! The distinctive sound of the Honda VTec through the lanes was awesome, screaming up to a high red line. The crew came in 27th overall and just outside the top 3 in their class, a great start!
A run on the Rali Goffa James Trenholme later in the year had them climb a couple more places to come in 25th and a unfortunate OTL on the JD Romain. Hopefully we will see more of this car in 2015!
Second was Arwel Hughes-Jones’ Ford Escort Mk2 with 169 votes (19.6%) and third was John Ruddock’s Ford Escort Mk1 with 59 votes (6.85%) 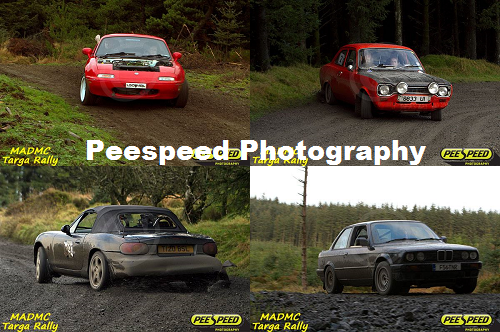 One of Irelands favourite photographers and your photographer of 2014! Peespeed Photography have been covering various motorsport events since 2003 and have recently been covering the Northern Irish Lanes events which run under the recent Targa permit.
I caught up with Peter Boyd (Owner) and asked him a few questions.
Favourite event of 2014 to photograph? Hard to pick one event in particular but the Queens University Summer Lanes Rally was great, new venue at Baronscourt and great tests in the forests on the estate, Magherafelt Targa in Davagh Forest was also good craic as was the UAC Not The Boxing Day Rally
Any drivers that show off just to get a good shot? Numerous show offs, mainly hairdressers in MX5s, most notably John O’Kane, Allan Harryman and Terence Dillon, Neil Fletcher in the Mk1 Escort likes to let the tail slide too, but a few of the FWD guys like to get in on the act too like David Thompson and Owen Murray….they all blame the camera for causing the car to loose traction!
Peter is also planning on making a trip over this year to photographer a few events including the Vale of Clwyd Classic. We look forward to seeing his shots!
In second was the 2013 winner, M&H Photography with 144 votes (15.1%) with JMS Photographic coming in third with 104 votes (10.9%) 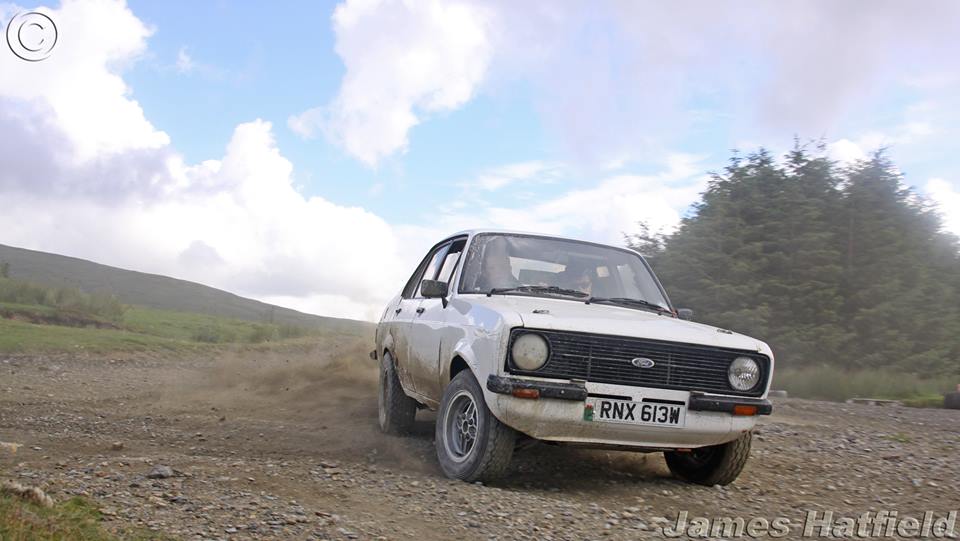 Your favourite driver of 2014 is Lewis ‘Steaky’ Morgan. Winner of this years Ystwyth Rally around the famous Sweet Lamb complex and now this, what more could a man ask for?! Lewis’ flamboyant style is popular with spectators and has also proved to be on the pace with the top guys. Lewis hopes to be competing on most of the Welsh Championship rounds this year with his favourite events, the Eagle and Ystwyth definitely being on the cards! John ‘Mk1’s RNX Ford Escort Mk2 is Lewis’ weapon of choice, event though the car as seen well over 100 events now Steaky still thinks “she’s a little gem”.
Arwel Hughes-Jones has another second place with 90 votes (18.6%) with Huw ‘The Peoples Champion’ Tagg coming in third with 67 votes (13.8%)

Based in North Wales Clwyd Vale MC have a plethora of knowledge, members and events including Club President David Richards of Prodrive and Vice President Ari Vatanen (1981 World Rally Champion and now a Member of the European Parliament). The late F1 driver, Tom Pryce was also closely associated with the Club. I caught up with the Club Secretary and asked a couple questions;
Why do you think the club is so successful? We try to be a friendly and open club and are very lucky in as much that we have a wide range of ages who regularly attend, and bring along new members with them.  We try and organise social events at club which appeal to lots of different people, everything from quizzes to Go-karting nights as well as organising several of our own events.
What are the plans for the club in 2015? We have a Novice Road Rally running in May, a trial which is part of the MSA and BTRDA championship in July and a Historic rally in September.  We will be supplying stands at a couple of local shows to promote motorsport in a positive manner and hopefully gain new members.
How many years has the club been going? 49 years this November, building up to a big celebration next year for our 50th Anniversary.
In second was last years 3rd place, Chelmsford MC with 56 votes (13.2%) and third was last years winners, Ammanford MC with 51 votes (12%) 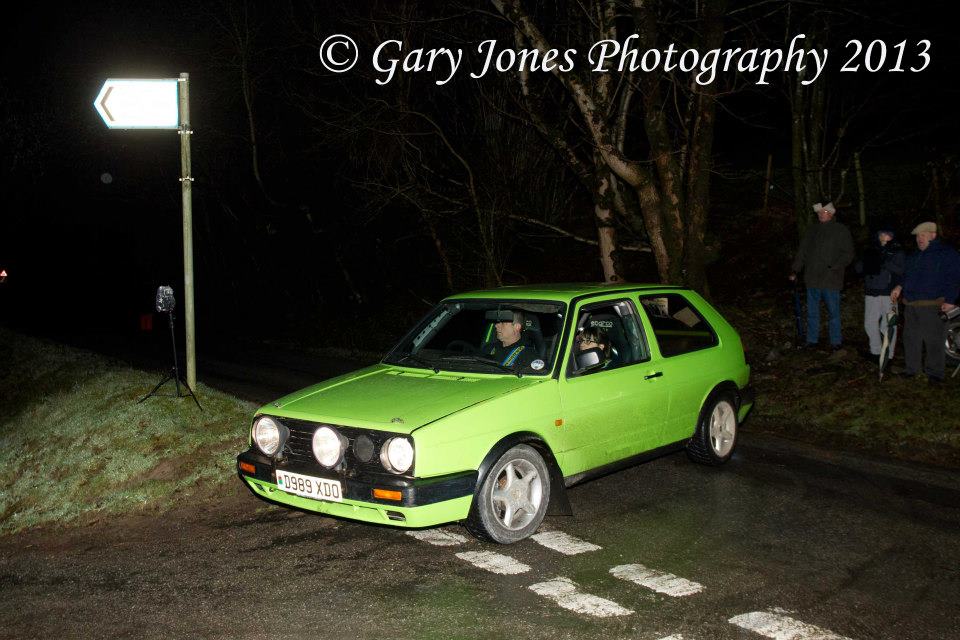 A new award for 2014 to praise the efforts of some of the most important people in the sport. Aimed at those people who may not be mentioned sometimes, Ian ‘Dude’ Roberts came away with the win. Winning 4 (or was it 5?!) championships in total last year including the hotly contended Welsh Road Rally Championship, the man has put in one hell of an effort! Road Rallying for too many years now and proving that Mk2 Escorts can be beaten he has been seen in the top 10 of most events entered for years. Along with GT they are always one’s to watch both out in the lanes and when waiting for the results to come in. With another top 10 on the recent Rali Mike Darowen Dude is still a name to watch out for this year!
Second was Gwyn Bowyer with 59 votes (20.8%) and in third was the wee Scotsman Richard Crozier with 49 votes (17.3%) 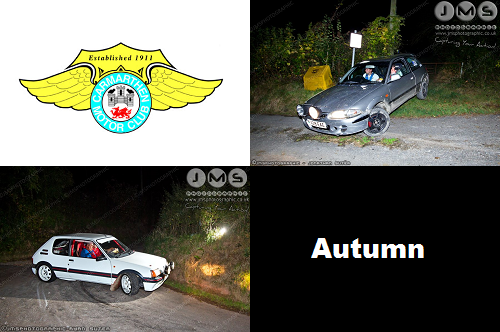 After a break of 27 years Carmarthen Motor Club reintroduced the classic road rally event, The Autumn. Previous winners have included Mick Briant, Bill Gwynne & Nicky Grist and the event was also a round of the prestigious Motoring New Road Rally Championship in the late 70’s and early 80’s.
The organising team made up of current competitors put on a no-frills event covering 105 miles around the Welsh town of Carmathen. Starting at the cattle market the event had a full entry list with some pretty big names within the top 10.
Dai Roberts, Clark of the Course answered a few questions for me,
“We were more than happy and surprised in how well the whole night went. 2015’s event will be similar keeping a compact and challenging route for the drivers.
A few people stood out on the event this year and will definitely do well in 2015 including Malcolm Jones, Jaime Evans and Nathan Jones, as well as class 3’s Huw Evans.
Taking the second spot for a second year in a row was the Rali Llyn with 58 votes (12.9%) with Epynt MC’s Powys Lanes taking the third spot with 33 votes (7.37%) 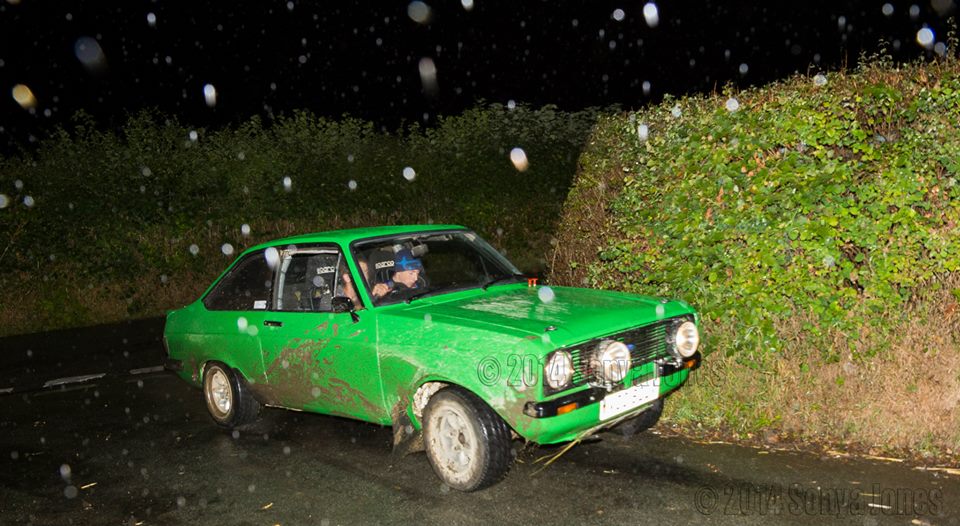 Not forgetting the guys and girls who correctly (most of the time!) guide all the drivers around the lanes! 2014’s Nav of the year has gone to the young Max Freeman, a name that’s going to be around for many years to come! Max sits in with several quick drivers guiding some to victory, recently guiding Kevin Kerr to the win on the JJ Brown Memorial, Guy Robinson to the win on the Kick Energy Rally of Derbyshire and the Altratech 061.
Max’s favourite event of 2014 was the Rali Llŷn, “awesome lanes can’t wait to be back there”. Competing on the Welsh Road Rally Championship and Irish Tarmac Championship Max has got his hands full this year!
“My advice to anyone thinking about starting Navigating is just to get out there, local Club events and 12 Cars are the best place to start out, the more experience you can get the better.”
In second after offering to buy everyone a Seat Ibiza who voted for him if he won was Michael Gilbey with 72 votes (10.8%) with Rob Lloyd coming in third with 62 votes (9.34%) 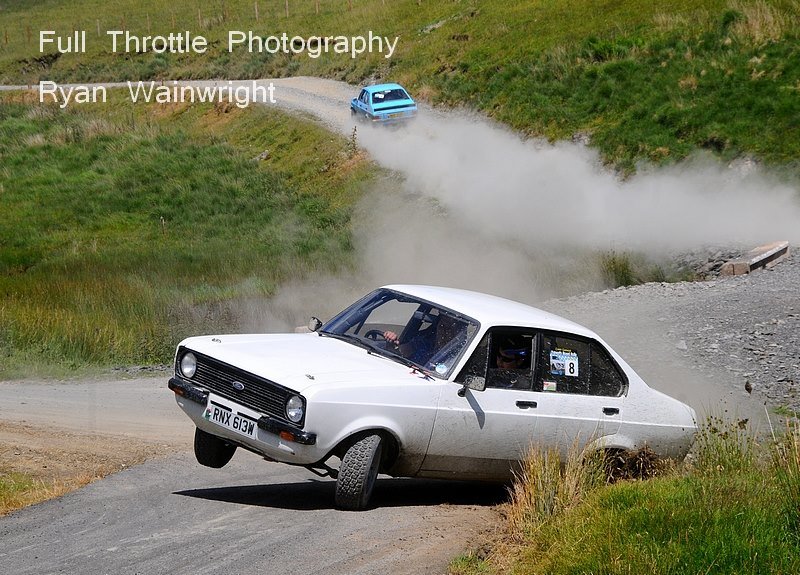 Is it a surprise that the winner for that last two years has been Steaky on the Ystwyth?! Probably not…
Ryan Wainwrights shot had a couple hundred likes on Facebook, the unique shot of two car’s in action at the same time proving very popular! With Lewis & Cadog in the foreground with the rear end off the road and one of the front wheels in the air was a great capture of action from the event.
“Favourite event to photograph has to be ystwyth, plenty of different test layouts all day so lots of differents places to photograph and typical road rally crews giving 110% makes for some good action.
Mark GT Roberts always put on a good show in the golf throwing it round the lanes and always at the top end of the leader board.”
Ryan’s brought himself a class 1 mini autograss car, with plans on doing the british autograss series aswell as the club meetings, but ensures me he will be making time to get out and about on some rallies!
Jucy Rally Photography’s shot of Paul Crosby & Andy Fish making a muddy splash (link) came in a close second with 70 votes (10%) and Dai Roberts & Justin Davies trying to run over JMS Photographic (link) came in third with 63 votes (9.03%)

Thanks to all the voters and well done to all the winners! We look forward to the 2015 voting!

Here are the end of the year Ranking results as well;