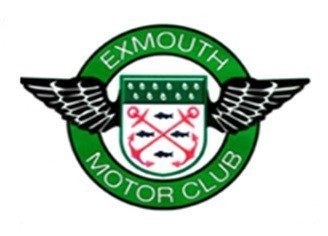 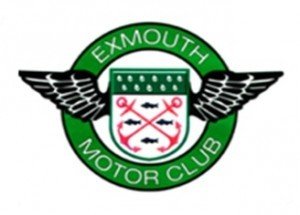 Exmouth MC’s Barbara Carter Memorial is always a firm favourite in the South West. The usually long and tough event which starts just outside of Exeter has attracted crews from across the bridge in Wales for a few years now, and still a few have made the effort this year even though there are 4 events happening in Wales on the same night.

First away on the night is local crew and 2013 winners Adrian Beer & Nathan Coles in their Seat Cordoba, a car not usually seen. This is usually the only event the crew enter each year and always come away with a top result. Local roads is definitely an advantage, the bookies favourite.

Close behind are Phil Harris & Liam Burns in their bright green Daihatsu Sirion. The last couple years have seen the crew within the top 3 but not at the top. After their recent trip to Jersey where they had mechanical issues the crew are surely looking for a decent result.

Next away is Championship leader Kevin Wills with Richard Brooks in the silly seat. Again another bright green car, this time a Peugeot 206. Last year the crew finished in 4th so a top 5 result is definitely on the cards.

Car 4 sees another South Hams MC crew in the form of Scott Jonas & Chris Perry in the MG ZR. Coming in second place last year and having a few top 3 results on local events the Guy Fawkes and the Ilfracombe, they could possibly take the top spot!

Rounding off the top 5 are Ian Orford & Bob Jones in another Sirion. Coming in third on this years Primrose and a top 10 on the Carvers Traders this crew will definitely be within the top 10.

First away in class 2 are the well know family pair of Dave and Ross Whittock in the Rover 200. Several of you will have seen their wrong slot on last years event! With a lot of water around on the roads this year here’s hoping that they stay on the correct route this time around!

David Thorpe & Andrew Lowe are second away in class in a 106 XSi. Last year the crew were in the Novice class and came in 3rd but several good results between them since have pushed them up to be contenders for the Semi-Expert win.

The third crew in class are Daniel Richards from Teifi Valley MC and Daniel Pidgeon from Amman & District MC. The Escort Mk2 hasn’t been down to Devon before but Daniel Pidgeon had a top 10 result on the event a couple of years ago so this will be another crew looking to be within the top 3 in class by the end of the night.

Other class 2 crews include the local crew of Peter Stimson & Dion Casey in a Ford Sierra XR4x4 and the North Devon MC pairing of Paul Prance & Derek Drayton in a Rover 200 BRM with some lovely orange detailing!

First away in class three is Lucas Redwood & Rob Newall in the orange Mk2 Escort. Lucas has driven this event several times before, with Rob on the maps this crew should be edging on into the top 10 by the time breakfast is ready!

Gareth Andrews & Luke Quinnell are behind in the Proton Compact, contending for the top of the Novice championship the pair will be hoping for a good result, with Tom Pile without his usual navigator this is their moment to jump ahead.

A first time for Simon Heywood & Sam Treleaven further down the list in a Honda Civic, closely being followed by a Triumph TR5 driven by Marcus Revington with Stacey Clifford on the maps. Here’s hoping the newer crews will finish and have just as much fun as the rest!

The lanes are very wet with a lot of standing water with the recent rain in the area, but the forecast is for no rain during the night, good for the marshals! It will be a cold one though. Good luck to all crews and also Exmouth MC for the running of the event. See you all at the finish!