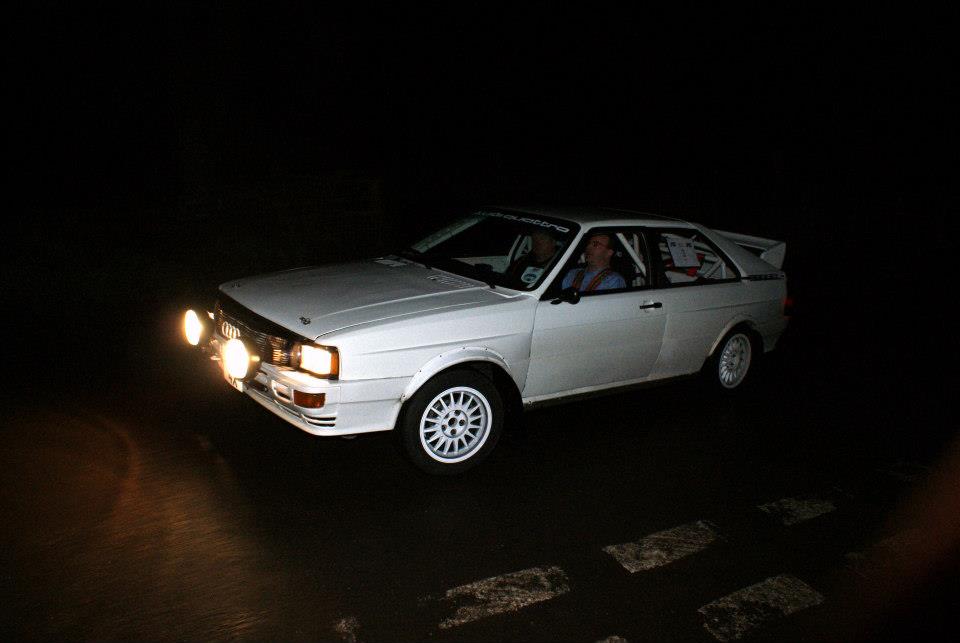 The Aquarius Navigational Rally made a triumphant return to the Scottish motorsport calendar after a 7 year absence. It proved to be a night of impressive debuts, with the immaculate Group 4 spec Audi Quattro of John Clark & Steve Turnbull claiming victory on its much-anticipated maiden outing, having been pushed all the way by first-time driver Sally Skinner and defending event winner Ewan Leeming. All Expert crews cleaned the boards, with the only one other crew to do so being Neil Thompson/Katie Stimpson, taking the Non-Expert win ahead of the Renault Clio of reigning SACC Champion Neil Jones and former CoC of the event Alan Cowan.

Richard Crozier – Secretary of the Aquarius

Thanks to Michael Cruickshank for all of the photos! Speak to him about how to buy yourself a copy!