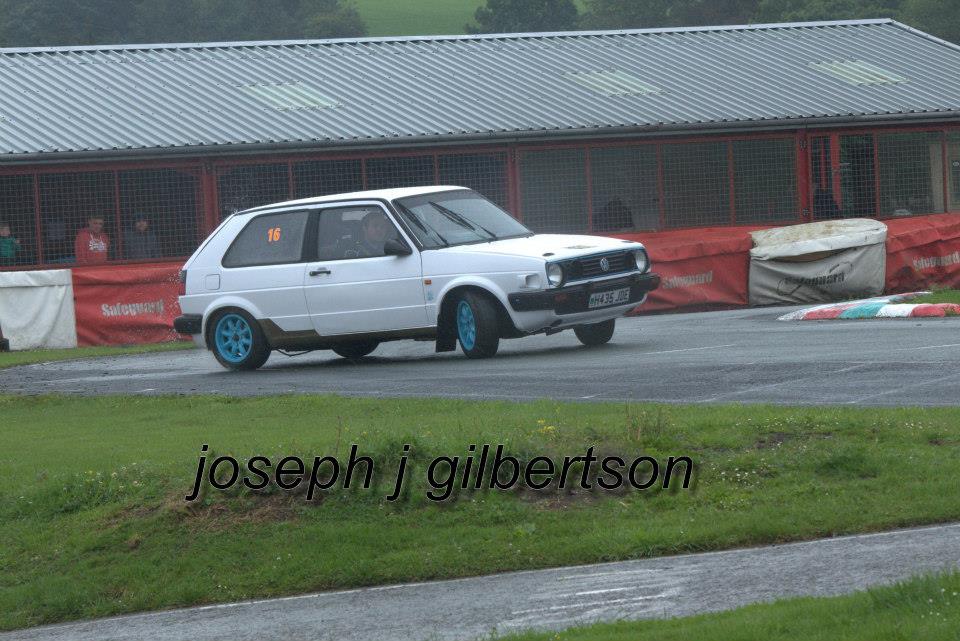 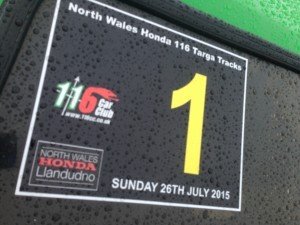 So folks that was the very first pure Targa rally held in North Wales. The brainchild of 116 Car Club and under the guidance of the massively experienced Baz Green it must be said it was a cracking first go at a format which has only recently come into being. The event was enthusiastically supported by Dave Paveley and his North Wales Honda business, (and yes I was jealous of your heated seats in the course car)

But what is a Targa rally? Well being honest I had no idea either until about 72 hours ago so let me try and explain… developed as a means for giving regular ‘road rally’ cars that didn’t fall within either ‘Endurance’ specification (in the main sub 1400cc) or Historic road rally specification (in the main pre 86 to basically homologated specification without big arches etc) a chance to experience the daylight tests so beloved of the aforementioned disciplines, but with no reversing (unless you muck up a test)

Put simply you’ll have a route laid out on the map for you, where you go from test to test (they’re the fun bits with the ‘competitive timing’ and given as diagrams) and road sections all timed relatively easily with a stop for lunch and a spot of dinner at the finish, all I may add included in the £120 entry fee.

Shortest Blog piece ever, that was easy…

…except there’s more to it than that, the tests (12 of which we had on Sunday, all in the main manned by local motor clubs) are tricky affairs ranging from ¼ mile to 2 ½ miles, on surfaces differing from farm tracks to car parks, slalom tests (with lettered cones A.B.C etc), stop astride lines, passage controls and random wandering sheep… the sheep are optional if you’re considering organising an event but add an element as you never know which way they’re going, imagine attaching letters to them, whilst making it a heckish challenging affair would be frowned upon somewhat (I digress and am of course joking ).

My chauffeur for the day was one of the currently acknowledged ‘top crop’ of Welsh road rallyists in the form of Kevin Kerr using the families Mk2 Escort, due probably more to Kev’s recent results than mine (mine seem to be regular DNF’s) we had the dubious honour of leading the field away from Glan-Y-Gors Kart Circuit. Now I’m sure Kev won’t mind me saying but the two of us both admitted we felt quite nervous, first go on a new type of event, car 1 and all the other crews watching us attempt the first test at the Kart Circuit… and then we spun… for the first of I think 3 times during the day, this really wasn’t going to be easy.

There then followed a batch of ‘gravel type’ tests using venues as diverse as a wind farm, a proper farm and a Rally GB Sunday spectator stage !… some we were familiar with, some not so much but we soon realised that it was far more of a social event than one to be taken too seriously. That said though the amount of time it must have taken laying out those tests I dread to think. 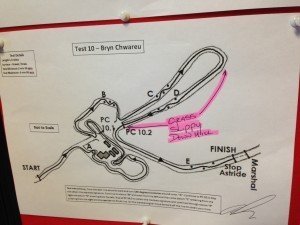 Probably the trickiest tests were the ‘car park’ ones, this being because they were small and tight and manoeuvrability won over power, a full house Escort actually is little use on these tests, you need something very small and nimble, a bog standard £80 Micra finishing 7th overall (yes seriously) being testament to this fact, the drive of the event I’d say.

The day really followed the above theme and all too soon we arrived back at the Kart circuit for a last go at that test (2 more spins, it was like the 1984 Winter Olympics Bolero in an Escort)

The winners of this first event were well known co-driver Dale Furniss (driving) and Anthony Litchfield, a measured drive in testing and very wet conditions, on that note the marshal’s were heroes for getting soaked all day.

Would I suggest people give it a go, yes definitely and there really is only one way these events can go and that is upwards.

Thanks to Joseph John Gilbertson (www.facebook.com/joseph.j.gilbertson) for all of the photos. Make sure you check out his pages for more examples and for details on how to purchase yourself a copy!