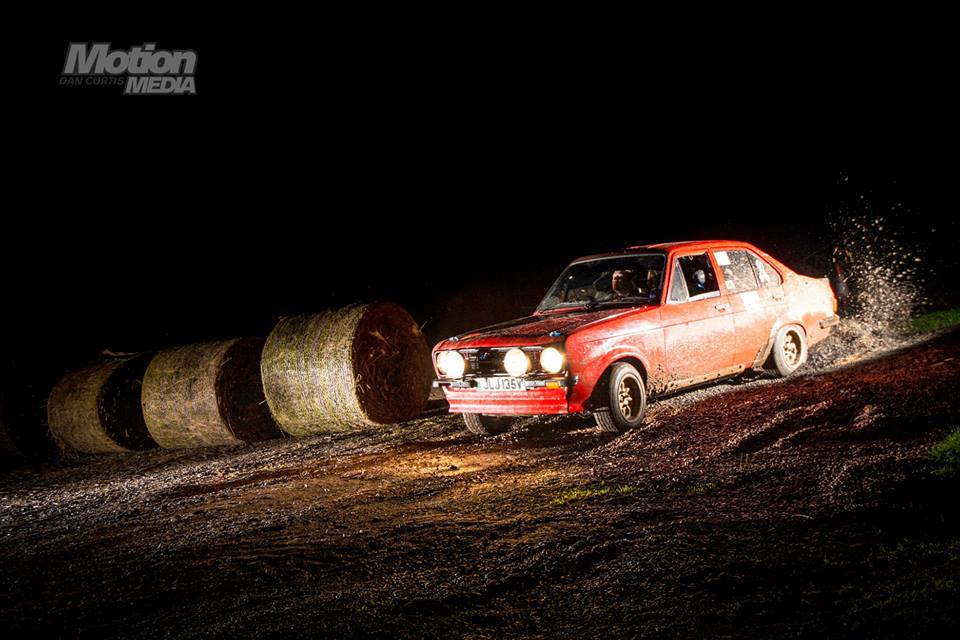 I’m sure all events and areas have different obstacles to overcome and the 1000 Lanes area is no exception, so I was pleased to see HOVAC (Heads of the Valley Auto Club) planning the 2018 event. Originally planning to enter as driver, but lack of an engine meant I ended up being in the navigator’s seat for Josh Moseley. I’ve navigated on a few events over the years since starting in 2012 but never doing more than about three a year and some years none at all. I’ve picked up a few class awards over those events so now run in the Semi-Expert class although with over a year out of the seat I certainly don’t feel anything other than a novice, but rules are rules. As I was a late addition to the entry they couldn’t change our start number so although in the semi expert class we were running at car 75, last on the road. No matter, we’re just out for fun (or that’s what we all tell ourselves at the start anyway). Here’s how things went for us.

After the usual start venue speculation of where the route was going we plotted our route with no major issues, taking note of the weather related amendments and off on our way to the first section of the night.

TC1A took us into lanes west of Llanover, a tight slot left into the field above the canal where you could be relatively carefree on how you negotiated the wide grass track. A give way into Upper Llanover and up to the ‘impossible hairpin’ which requires a bit more attention to get around, I’m sure there were many different techniques! After arriving at TC1B a less hectic section took us over the B4246 at Keepers Pond and down the other side of the valley towards Clydach and Govilon. The section around Clydach reads pretty clear on the map but the roads used are very close together, my plotting here wasn’t the tidiest which led to us originally taking the wrong junction into PC11, after realising pretty quickly I asked Josh to spin us around and got us back on track for the correct approach into the PC costing us around a minute, balls! Thankfully that got my head back into it and it ended up being the only real mistake of the night. We had tackled the Clydach hairpin in an efficient style but unfortunately the photographer had packed up and gone, the joys of running last on the road! After a few more PC’s we finished the selective slotting into the field above Govilon, taking us through the fields, over the canal and into SF1. I think it’s fair to say it was rather slippy due to the pre event weather and we could see there had been many different ‘approaches’ on how to tackle the mud and I believe a few had some fun in there. Unfortunately parked up at the end of the selective was the Evans-Luter pairing, Jake & Joe. A stuck throttle had dialed up the Pinto engine in the Ford Escort to some high numbers but luckily after inspecting the engine no lasting damage had been done.

A short neutral and straight into a trouble free second selective in the lanes heading North West between Gilwern and Crickhowell. A longer neutral took us to SS3 heading into the lanes NW of Waun Fach. We felt like the night so far was going quite well and we had picked up a good few places in the running order. I had recently been on a few of the lanes in this selective when walking up Mynydd Troedd so I was looking forward to this one. A fast flowing start to the selective followed by consecutive code board at RC4 & 5, a well executed hairpin right east of Llangors and into TC3A. All going to plan so far…. after following a spectator down the white after PC18 near Pengenffordd we slotted into PC19, through the barn and around the back of the farm and into what was by now a seriously muddy bit of field. Following the car in front who just made it through we lost momentum and after a few attempts to get going I had to jump out and push as we weren’t going anywhere. My choice to wear rigger boots paying off but the rest of me got plastered in the Beacons finest. With others near us dropping around 3 minutes at SF3, with our issues we dropped around 7 minutes and the damage was done but we cracked on regardless.

A short and drama free fourth selective took us into Petrol and MC2/3. Quick stretch of the legs and back into the lanes South of Hay-on-Wye for SS5, taking us around the Hay Bluff and along the valley into the finish at Craswall. A really nice section to get stuck into after petrol but there wasn’t much time to soak it in as just down the road was SS6. A short loop through the Olchon Valley, a flowing section without many slots and minimal controls so the navigator could just get the head down and read the map – a real pleasure. Shortly after this the crew of Tim Box and Ryan Davies had to head back to the finish with some mechanical issues having been going well. Ryan, whilst a long time out of the navigators seat was soon back in the mix and could be a nav to watch in the future!

With our earlier lost time and only two selectives remaining the aim now was to enjoy the rest but also ensure we made the finish. I had used all of the roads on the penultimate section either as a navigator or driver on previous events in different directions and formats, there are some tricky slots and a few short whites so we tackled it with relative caution and got through. We took quite a ‘wide’ line to negotiate the last triangle into SF7 collecting some grass in the rear bumper but other than that, onto the final selective.

SS8 was a blast through the woods and farm tracks over the Sugar Loaf mountain, a really slippy section to have a final play but also just as easy to end your nights sports so close to the finish. Around the bales in the farm where spectators were still out waving car 75 through and down to the final control SF8 – job done and back to the Clytha Arms for breakfast.

Just a quick thanks to the marshals who were all still as happy as you can be being stood out in the cold at those times, even for one of the last few cars on the road.

The 1000 lanes road rally was the first road event I competed in when I navigated back in 2012, since then I’ve had my first class win when I navigated in 2015 and competed on the 2017 event in the driver’s seat. Although all four I’ve done have been slightly different they have all been top quality road events in their own way, which is testament to the efforts of Head of the Valley Auto Club – please do it again in 2019!

Whilst Chris Summerfield isn’t someone I knew personally it was easy to tell from the tributes paid at the start that he was someone held in very high regard and respected in the road rally community. If the aim of HOVAC was to put on a cracker of an event in his memory then I certainly think that was achieved.